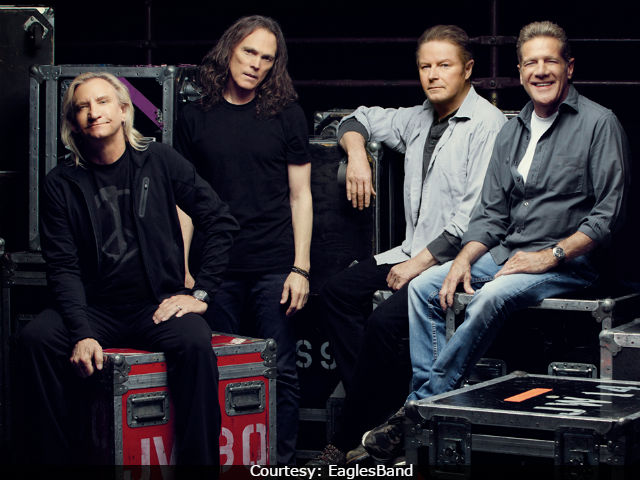 Mexico: The Eagles have sued a Hotel California in Mexico, saying the owners falsely insinuated an association with the band's famous song. The country-rooted rockers, whose hits from the 1970s make them among the top-selling bands of all time, asked the Hotel California to drop the name and hand over profits gained from selling merchandise. The hotel in the town of Todos Santos near the southern tip of Mexico's Baja California peninsula was originally called Hotel California but the name had long since been changed. The lawsuit, filed this week in a federal court in Los Angeles, charged that Canadian couple Debbie and John Stewart tried to create a new mystique around the hotel after buying it in 2001.

The lawsuit quoted online reviews by guests who appeared to believe that the hotel was inspired by the song.

"Consumers who visit the hotel and purchase defendants' merchandise then return to the United States with the infringing merchandise and inform others that they have visited 'the' Hotel California made famous by the Eagles," it said.

The hotel's website says that "many visitors are mesmerized" by coincidences between the song's lyrics and the place.

"There are numerous stories. Whether fact or myth, nobody knows for sure. However, one rumour, fabricated in the 1990s by someone with no connection to any owners of the hotel, states that the Eagles once owned it. This is unequivocally false," it says.

The owners, who did not immediately respond to a request for comment on the lawsuit, state clearly that they do not have a link to the band.

The Eagles have given various accounts of the meaning of Hotel California, which has generally been taken as a metaphor for the promise and pitfalls of the American dream rather than as an actual place of accommodation.

Promoted
Listen to the latest songs, only on JioSaavn.com
The cover of the album of the same name featured a photograph of the posh Beverly Hills Hotel. Ironically, art designer John Kosh later said in a documentary that the hotel management complained that it had not granted permission.