Kiran Dubey Wins The Best Actress Award For Her Hollywood Film 'Where Is She Now?' 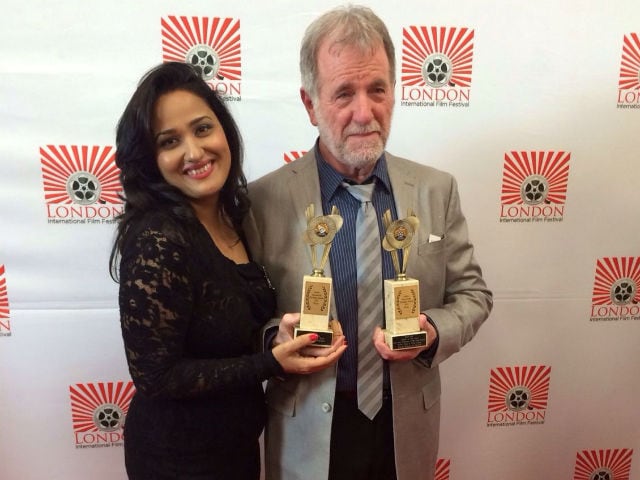 Dehradun: A young girl from a sleepy hometown makes her journey to Mumbai and makes her mark on the silver screen and then flies her way to Hollywood to be seen and heard by the world. This is the story of Kiran Dubey, who made her debut into the acting world with serials such as Ghar Ghar ki Kahani followed by Kyuki Saans Bhi Kabhi Bahu Thi . Apart from these Kiran Also appeared in shows such as Jassi Jaisi Koi Nahi, Devi, Milli and Suno Har Dil Kuuch Kehta hai.. she quit mainstream television in 2009 and has come a long way since then.

An acting course at the New York Film Academy, landed Kiran with what she calls, 'fundamentally this is my first movie ever. Where is she now? Is a docu-mystery by John Henry Richardson, my teacher and then my director for the series,' she tells us.

Promoted
Listen to the latest songs, only on JioSaavn.com
The month long shoot took Kiran to one of the most picturesque locations of Great Britain, Sweden, Austria, Germany and the Netherlands. An ensemble cast had women actors from seven countries and while Kiran was short-listed in the 'Best Supporting Actress' genre, she went on to win "The Best Actress Award,' in Los Angeles, Hollywood Film Competition 2017, tells us a delighted Kiran.

So, what next? 'A sequel to the docu-mystery entitled, Where are we now? Where I play the lead role,' she beams, as s this 'small-town' girl readies herself to leave the comfort of her home in dehradun and move to foreign shores to make her mark, yet again.


Track Budget 2023 and get Latest News Live on NDTV.com.