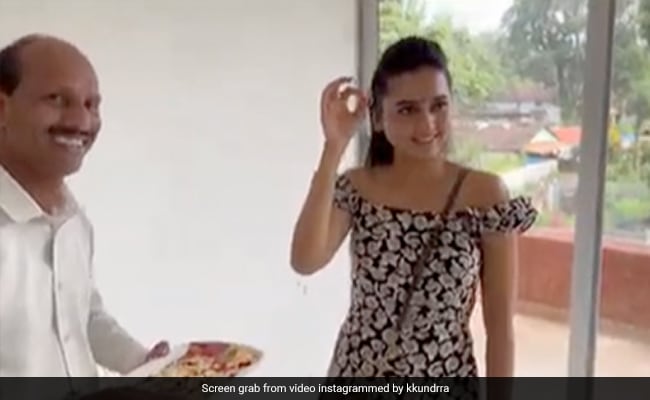 Congratulations are in order for Bigg Boss 15 winner Tejasswi Prakash, who recently bought a house in Goa. On Tuesday, her boyfriend and TV star Karan Kundrra shared glimpses from Tejasswi's new house. In one of the videos, the actress can be seen posing with her house key. Congratulating Tejasswi Prakash, Karan Kundrra wrote in his Instagram stories: "Congratulations baby... You deserve the world." He added, "I'm so proud of you... You little hardworking mouse. May you have cities in every city you love." Aww, adorable. Aren't they? 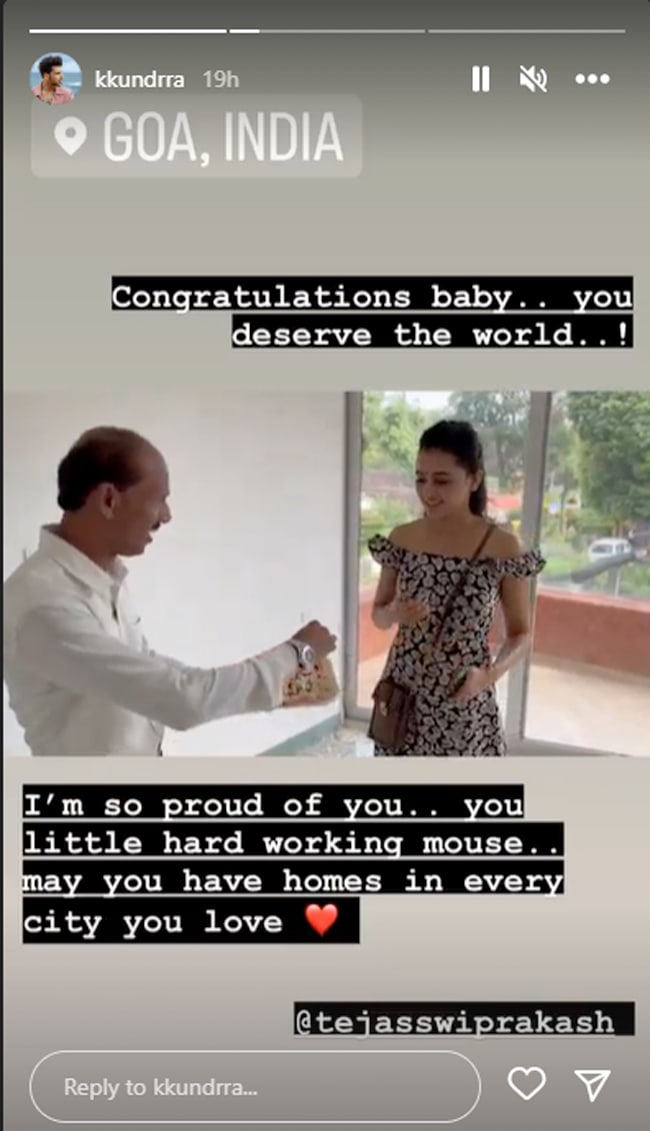 The star couple frequently share mushy posts for each other on their respective social media profiles. Take a look at some of the posts here:

The star couple celebrated Ganesh Chaturthi together this year.

Karan Kundrra and Tejasswi Prakash started dating during their stay in the Bigg Boss house, where they were both contestants. It began when Karan Kundrra confessed that he had a crush on Tejasswi and with a little help from singer Akasa, they started dating.

Tejasswi Prakash, who won the last season of Bigg Boss15, is currently seen playing the lead role in Naagin 6.

Speaking of her wedding plans earlier this year, Tejasswi told Hindustan Times: "We are focusing on our work. We have not had the chance to talk. And these things cannot be discussed on the phone. We need to find the time and then we can figure something out if we have to figure it out."

No, Divyanka Tripathi Will Not Be A Part Of Bigg Boss 16. "False News," She Tweets