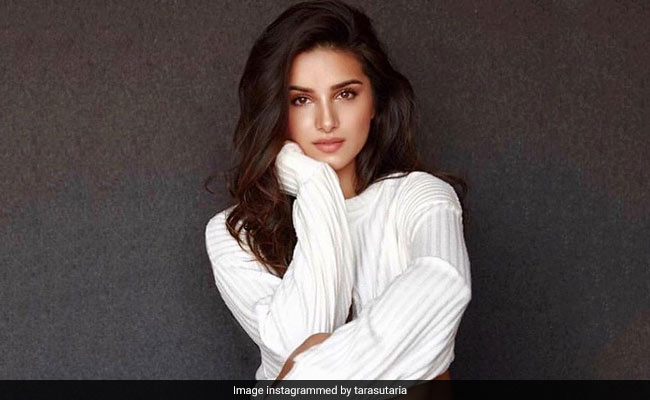 The ensemble cast of the sequel to Ek Villain is now complete. Tara Sutaria has been roped in for the upcoming film Ek Villain 2. Directed by Mohit Suri, the film also stars Disha Patani, John Abraham and Aditya Roy Kapur in the lead roles. The second instalment of the 2014 film will be co-produced by Ekta Kapoor, Bhushan Kumar and Shobha Kapoor. Before the makers got Disha Patani on board, Mohit Suri in an interaction with news agency PTI said, "Now we have to cast the girls. I can't just take anyone. They play an important role. There will be two girls." The film, which will be produced under the banners of Balaji Motion Pictures (headed by Ekta Kapoor's father Jeetendra) tweeted on Wednesday and wrote, "A big welcome to the super gorgeous and talented Tara Sutaria. The newest member to join the Villain gang! It's going to be one hell of a ride!" Take a look:

A big welcome to the super gorgeous and talented @TaraSutaria, the newest member to join the Villain gang! It's going to be one hell of a ride!
https://t.co/TvgRvSWEK5@DishPatani@TheJohnAbraham#AdityaRoyKapoor@mohit11481@ektarkapoor#ShobhaKapoor@ruchikaakapoorpic.twitter.com/xCfsBfyiCQ

Tara Sutaria will play the role of a singer in Ek Villain 2. Talking about Tara's role in the film, director Mohit Suri told Mumbai Mirror, "It takes a lifetime to get the nuances of a musician but luckily for me, Tara has been training for this all her life. What more can a filmmaker ask for." Tara Sutaria, who has been a professional singer since she was seven-years-old, has sung in operas. Speaking of her talent, Mohit Suri said, "A new-age, uninhibited voice which comes from a place of honesty. That's exactly what my character needs in the film." The publication also reported a source close to the development as saying, "We have seen a crossover of superheroes and super cops. With this franchise, Mohit is looking to explore the dark side of human behavior and continue with it in the future."

In the aforementioned interview with PTI, Mohit Suri said, "The script, as Ekta Kapoor would say, is banger. It was her biggest hit that time, it did Rs 100 crore at that time. So we took time to write the script. I wrote one draft but wasn't happy with some parts of it. Then I wrote another draft and she said it was insane."

Tara Sutaria made her debut in the film industry in 2019 with Student Of The Year 2. Produced by Karan Johar, the film also featured Tiger Shroff and Ananya Panday. The 24-year-old actress was next seen in Marjaavaan opposite Sidharth Malhotra. Tara Sutaria has Milan Luthria's Tadap in her line-up.

Ek Villain 2 will go on floors later this year. The film is scheduled to release on January 8, 2021.