Mohit Suri said, "Disha is the first heroine who walked up to me and said, 'I want to do more action, beat up people...'" 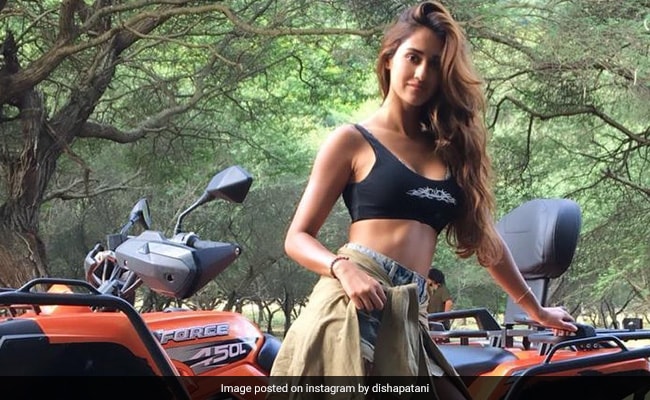 Disha Patani, who recently starred in Mohit Suri's Malang, has joined the cast of his new film Ek Villain 2. The sequel to the 2014 film Ek Villain, will also cast Aditya Roy Kapur and John Abraham in the lead. Mohit Suri, who will be directing the second instalment of Ek Villain, was quoted as saying, "Disha is the first heroine who walked up to me and said, 'I want to do more action, beat up people, perform stunts... kick some bu**. Just the way boys do it in your films. I want to be the hero'. That's when I asked her if she would do the Ek Villain sequel and she was game." He added, "While Malang brought Disha's free-spirited avatar to light, this one will showcase her as an integral part of the action-franchise."

Ek Villain starred Sidharth Malhotra, Shraddha Kapoor and Riteish Deshmukh in pivotal roles. Earlier, in an interview with news agency PTI, Mohit Suri talked about the cast of the film and said, "We have narrated it to John, Adi and they both have liked their parts. Both are playing the 'villains'. Now we have to cast the girls. I can't just take anyone. They play an important role. There will be two girls." The second female actress is yet to be announced by the filmmakers.

Ekta Kapoor, Bhushan Kumar and Shobha Kapoor will be producing the new film. In the same interview with PTI, Mohit Suri talked about the script of Ek Villain 2 and said, "The script, as Ekta Kapoor would say, is banger. It was her biggest hit that time, it did Rs 100 crore at that time. So we took time to write the script. I wrote one draft but wasn't happy with some parts of it. Then I wrote another draft and she said it was insane."

Ek Villain 2 will go on floors later this year. The film is slated to release on January 8, 2021.