Tanushree Dutta Vs Nana Patekar: 'It Takes Special Courage To Be Her,' Says Richa Chadha 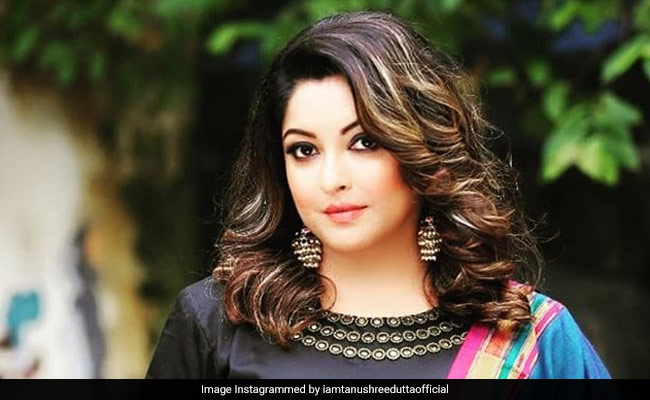 Actress Tanushree Dutta has recently revived a 10-year-old controversy in which she alleged she was harassed by Nana Patekar on the sets of a 2009 film. Tanushree accused Nana Patekar of aggressive and unwelcome behaviour while shooting for the film which she later opted out of. Richa Chadha, who has often contributed to the never-ending debate over sexual harassment in Bollywood, did not hold back from giving her opinion this time as well. Speaking her mind on the controversy, actress Richa Chadha tweeted in support of the Dutta and wrote: "It hurts to be Tanushree Dutta. To be alone, questioned. No woman wants publicity that opens the floodgates of trolling and insensitivity.What happened to her on set was intimidation.Her only fault was she didn't back down-takes a special courage to be Tanushree Dutta."

It hurts to be #TanushreeDutta rn. To be alone, questioned. No woman wants publicity that opens the floodgates of trolling and insensitivity.What happened to her on set was intimidation.Her only fault was she didn't back down-takes a special courage to be #TanushreeDutta.

Actor-singer Farhan Akhtar also shared his views over the brewing controversy and tweeted: Even when Tanushree Dutta had career concerns to keep quiet 10 years ago she did not and her story hasn't changed now. Her courage should be admired, not her intention questioned."

When Amitabh Bachchan and Aamir Khan were asked to express their opinion over the controversy, the duo managed to dodge the questions neatly. The duo were present at the trailer launch event of their upcoming film Thugs Of Hindosatan were the question of Tanushree Dutta cropped up. "Without knowing the veracity of something, it's not right for me to comment on it. But whenever something like this does happen, it's a sad thing. Whether this has happened, that is for people to investigate," Aamir told news agency ANI.

"My name is neither Tanushree nor Nana Patekar, how can I answer your question," the 75-year-old actor told ANI.

Tanushree Dutta has further claimed that Mr Patekar's alleged harassment was known to many but none did anything about it. He criticised Rajinikanth and Akshay Kumar for making films with him even after being aware of the fact.

Nana Patekar responding to the allegations made by actress Tanushree Dutta said that he will sue her. In an interview to Times Now the actor said: "What do you mean sexual harassment? There were 50-100 people on the set with me."

Tanushree Dutta made her Bollywood debut with Aashiq Banaya Aapne in 2005. She also featured in films like Chocolate and Apartment. Nana Patekar was last seen in Kaala.