Taapsee Pannu Is Holidaying In Denmark And She Is Not Alone 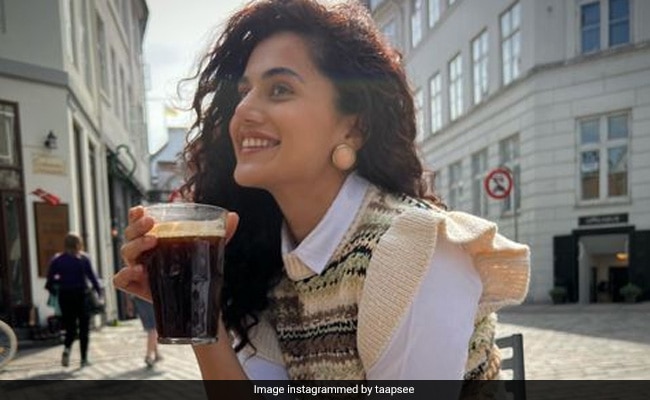 Taapsee Pannu loves to travel and luckily for us, she also likes documenting her vacations with equal gusto. She often shares pictures and videos of her holiday trips that are usually filled with good food, scenic locations and postcard moments. Now, the actress has set off to Copenhagen, Denmark for vacation and as usual has been keeping fans updated with pictures and videos. On Thursday, Taapsee shared an image of herself dressed in a shirt and sweater vest, waiting for food at a cafe. In the caption, she said, “Hungry face! After building an appetite for 18 hours to have my first holiday meal,” along with the hashtag “TapcTravels.” 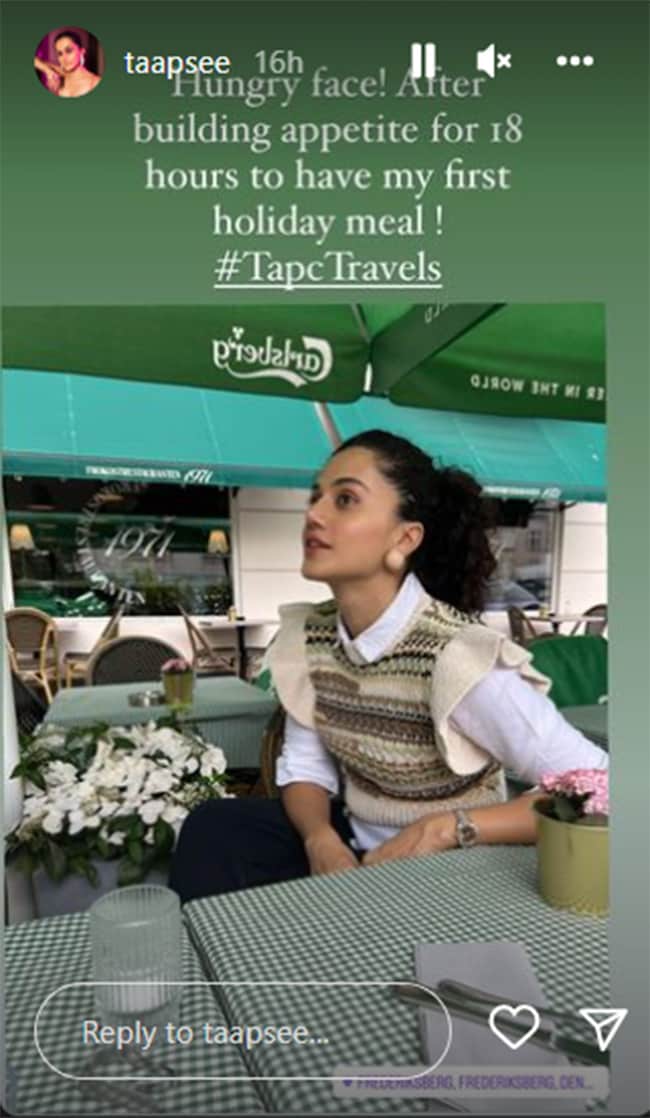 So what did she eat for her first meal in Denmark? Well, Taapsee Pannu had a smorbrod – a traditional Scandinavian open-faced sandwich. Sharing an image of the sandwich, she said, “Smorbrod,” with a drooling emoji. 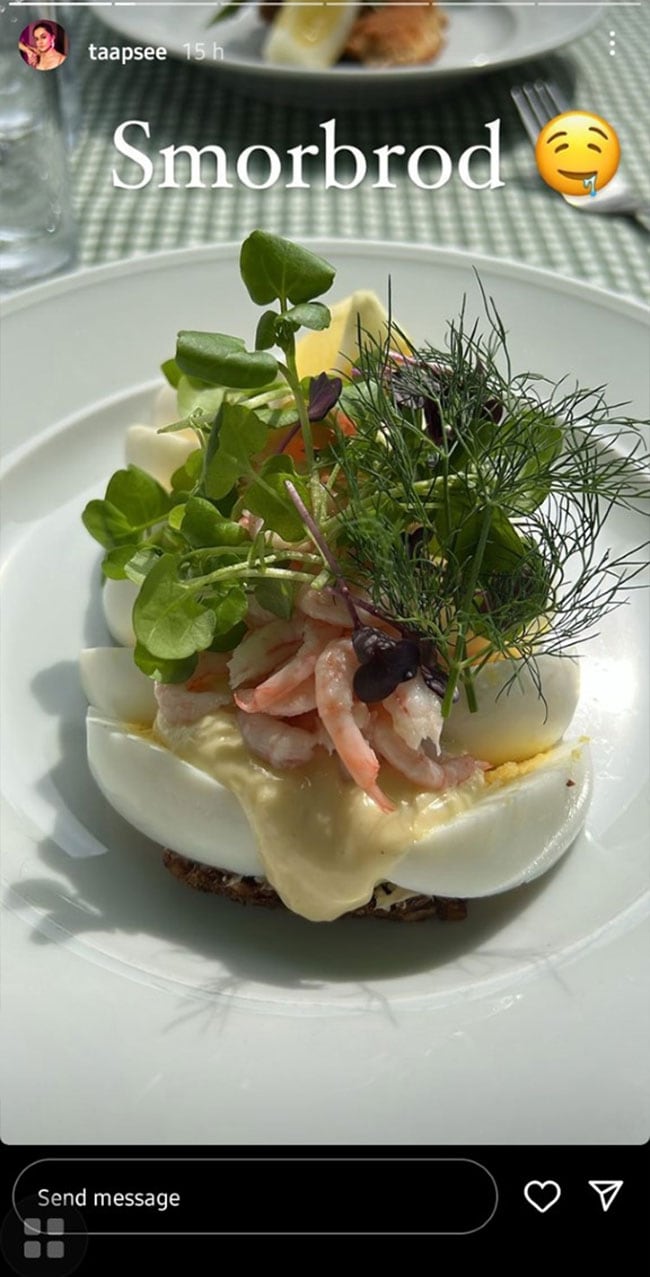 Taapsee Pannu also followed this up with a selfie alongside her sister and travel partner Shagun Pannu. In a note, she said, “Dinner time.” 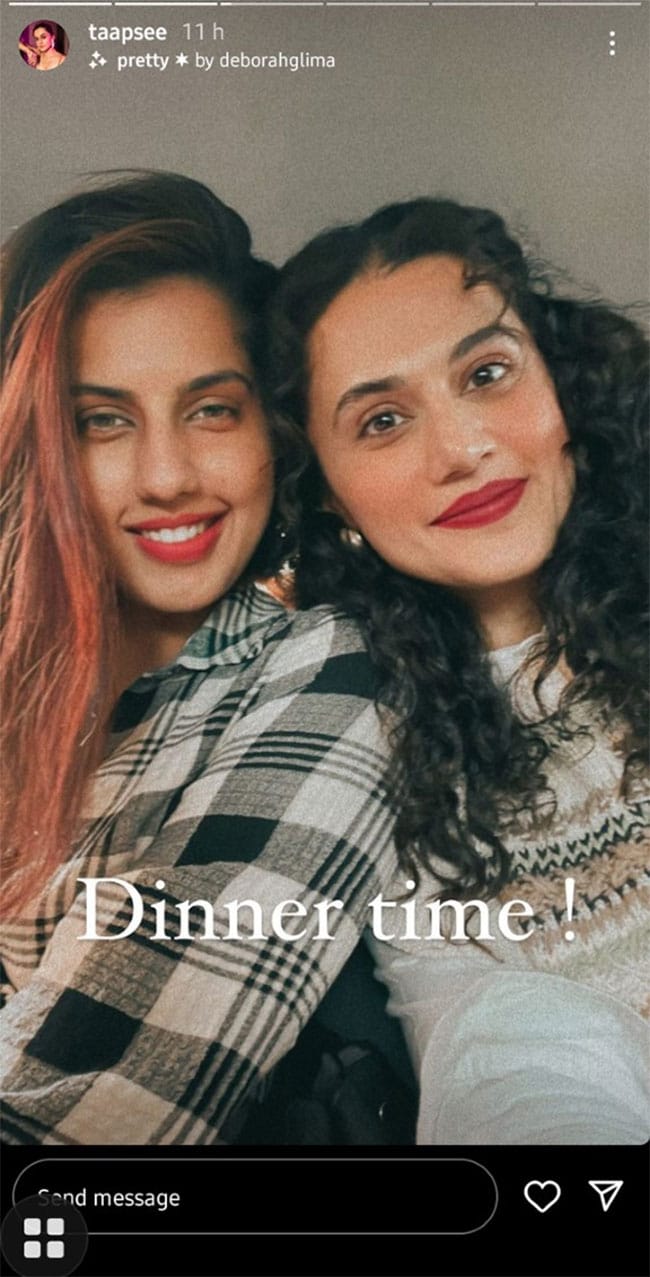 Then the two sisters are also seen exploring the City Hall Square in Copenhagen in one of the posts.

At the end of her long and fun first day of vacation, Taapsee Pannu said, “Calling it a day. Metro ab ghar le chalo. (Metro, take me home).” 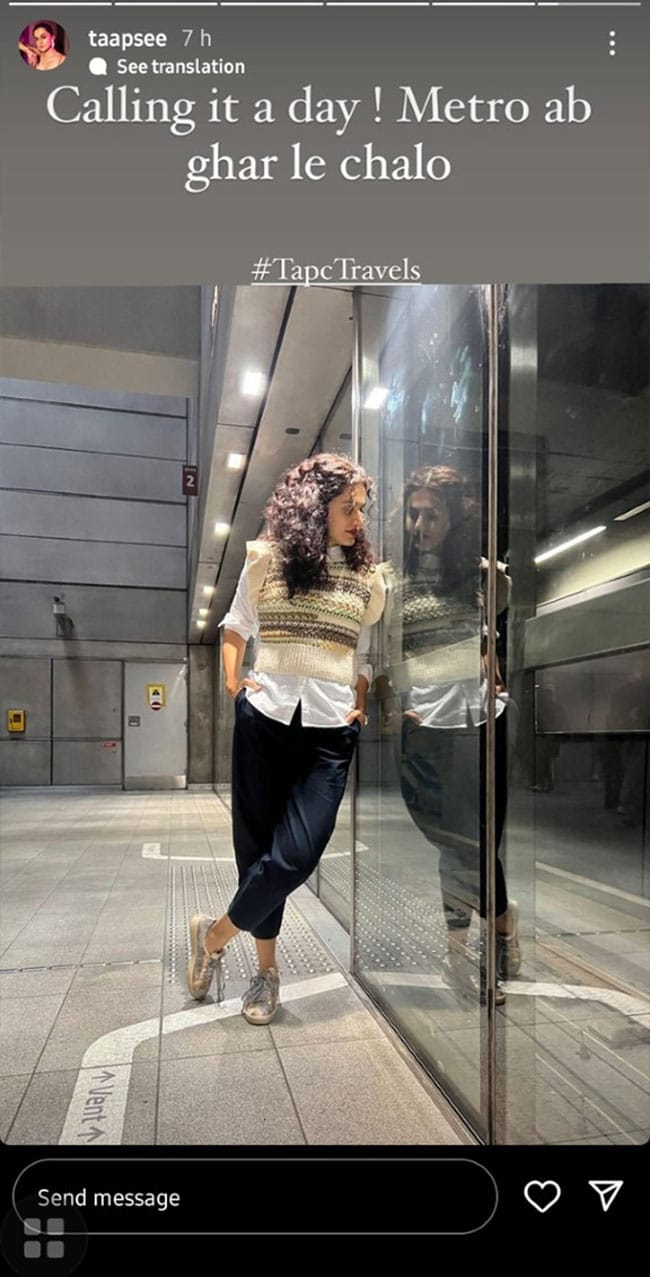 On Thursday, Taapsee Pannu also posed for a picture at a cafe in Denmark with a cup of coffee in one hand and a pastry in front of her. Taapsee said in the caption, “In Denmark, they take their coffee and pastries seriously.”

Taapsee Pannu is an avid traveller and just a few weeks ago, she was pictured in the heart of Bikaner in Rajasthan. In the caption, Taapsee said, “Behold. Hitting the pause button…”

In another picture she shared from Bikaner, she is seen reading a book. In the caption, Taapsee Pannu said, “When the light has your back the glow brightens.”

A few months ago, Taapsee Pannu's love for travel took her to London as well. In a post shared during her vacation, Taapsee is seen posing in front of one of London's iconic phone booths. In the caption, she said, “The UK Smile that is.”

On the work front, Taapsee Pannu will be seen in a bunch of exciting projects such as Dobaaraa, Shabaash Mithu, Blurr, Dunki and Woh Ladki Hai Kahaan.