Sushant Singh Rajput Was Asked If He Congratulated Ankita Lokhande In Person On Bollywood Debut. His Response 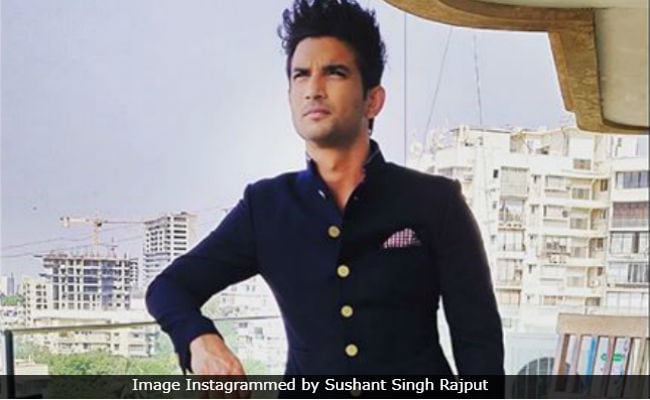 Remember how Sushant Singh Rajput reviewed his ex-girlfriend Ankita Lokhande's look as Jhalkari Bai from her forthcoming film Manikarnika: The Queen Of Jhansi last week? Sushant, who interacted with the media on the sidelines of the Star Screen Awards on Sunday, spoke about his comment on Ankita's post and told news agency IANS: "I saw the picture and I really liked it. I wanted to congratulate her on that so, I did it." When Sushant was asked if he personally congratulated Ankita on her Bollywood debut, the actor said, "I am the same person on digital platform and in my real life. So, whatever comment I made on that post was not to show off to people. I really wanted to congratulate her." The Raabta actor added, "She (Ankita Lokhande) also replied to my comment. I feel there wasn't need for any separate conversation."

Meanwhile, when Ankita Lokhande was asked about Sushant's statement on the sidelines of the Star Screen Awards, she said, "No comments." However, Ankita had earlier acknowledged Sushant's comment on the post and had replied: "Thank you, Sushant. I wish you the same."

Sushant Singh Rajput and Ankita Lokhande occupied a spot on the trends list after casting director Mukesh Chhabra shared a picture of Ankita Lokhande's look as Jhalkari Bai from Manikarnika: The Queen Of Jhansi and Sushant commented on the post. He wrote: "It looks absolutely great Ankita. I am extremely happy to see this. May God bless you with lots of success and happiness."

Here is the official look of Actress Ankita Lokhande as Jhalkari Bai in her debut film- Manikarnika. A woman soldier in Rani Laxmibai's army, Jhalkari Bai eventually rose to the position of an advisor to the Queen. #KanganaRanaut @Jisshusengupta @anky1912 @DirKrish @shariqpatel @ZeeStudios_ @KamalJain_TheKJ #Manikarnika so so so proud of you @lokhandeankita

Manikarnika: The Queen Of Jhansiis based on the life of Rani Laxmi Bai, in which Kangana Ranaut plays the titular role. The film will hit screens on January 25, 2019.

Ankita dated Sushant Singh Rajput for six years before they separated in 2016. Sushant and Ankita met on the sets of the popular TV show Pavitra Rishta.

Sushant Singh Rajput made his Bollywood debut with the 2013 film Kai Po Che!. Sushant is best-known for his performance in M S Dhoni: The Untold Story. He recently finished shooting for Chhichhore, co-starring Shraddha Kapoor. Sushant was last seen in Abhishek Kapoor's Kedarnath, co-starring Sara Ali Khan. He also has Drive , Sonchiriya and Kizie Aur Manny in the pipeline.