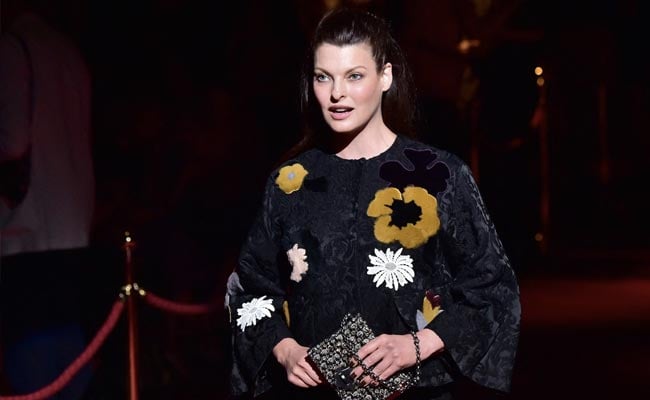 Linda Evangelista has been one of the biggest names in the world of fashion for decades now. In the 80s and 90s, the supermodel along with the likes of Naomi Campbell and Kate Moss was a favourite not just on the ramp but also on magazine covers. However, the model has now announced that a botched cosmetic treatment has rendered her unrecognisable and destroyed her livelihood. In a statement shared on social media, Linda Evangelista said that she has been “permanently deformed” after the cosmetic treatment done five years ago. The 56-year-old alleged that the fat-freezing procedure “did the opposite of what it promised.”

Acknowledging her absence from projects, Linda Evangelista said, “To my followers who have wondered why I have not been working while my peers' careers have been thriving, the reason is that I was brutally disfigured by Zeltiq's CoolSculpting procedure.”

CoolSculpting is a non-surgical body-shaping technique that involves the application of cold temperature to reduce fat deposits in certain body parts.

Shedding light on what went wrong, she added, “It increased, not decreased, my fat cells and left me permanently deformed.” Linda Evangelista said that she has been left “permanently deformed even after undergoing two painful, unsuccessful, corrective surgeries.”

The supermodel explained that she had developed Paradoxical Adipose Hyperplasia(PAH), and alleged that PAH was not a risk she was made aware of before the procedures.

Explaining that the side-effect has destroyed her livelihood, Linda Evangelista said, “It has sent me into a cycle of deep depression, profound sadness and the lowest depths of self-loathing. In the process, I have become a recluse."

After five years of suffering silently, the Canadian model has decided to go ahead with a lawsuit, which would help her to “rid myself of my shame.”

“I am tired of living this way,” she said. “I would like to walk out my door with my head held high, despite not looking like myself any longer.”

Support poured in for Linda Evangelista from members of the fashion and entertainment world. Designer Marc Jacobs said, “Thank you for your courage and strength. I love you, dear Linda.” Fashion designer Jeremy Scott added, “You are and always will be a supermodel.”

Fellow supermodel Naomi Campbell said, “I applaud you for your courage and strength to share your experience and not be held hostage by it anymore. I can't image the pain you have gone through mentally these past 5 years.” Model-actress Cindy Crawford said, “Linda—your strength and true essence are forever recognisable and iconic. Bravo.”

Linda Evangelista's modelling career began in 1984 and she has been featured on over 700 magazine covers in her career.