More about this "unforgettable ride" 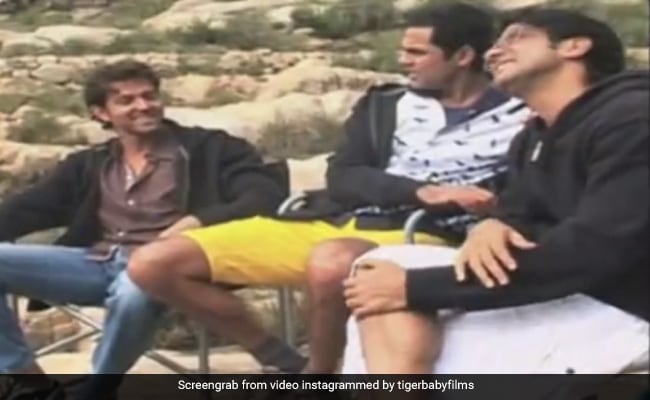 A still from ZNMD. (courtesy tigerbabyfilms )

Zoya Akhtar's film Zindagi Na Milegi Dobara clocked 10 years on Thursday and the filmmaker decided to celebrate the occasion by sharing posts celebrating the film's anniversary. Tiger Baby Films, the official Instagram page of Zoya Akhtar's production house, shared a BTS video from the sets of the 2011 film Zindagi Na Milegi Dobara. The caption on the post read: "An unforgettable ride. #10yearsofznmd #onset #behindthescenes." The video comprises BTS snippets that features the film's lead actors talking about what the film meant to them and why is it special. Farhan Akhtar says in the video: "The truly amazing thing on the film is that you have 2 female writers (Zoya Akhtar and Reema Kagti) and a female director making a film that is such a boys movie."

Speaking of the film's director Zoya Akhtar, Abhay Deol says in the video: "I don't think that there is anyone better to do it than her because she understands men as well as she understands women." Hrithik Roshan added, "She is really special and apart from my father (Rakesh Roshan), the only director I have worked with twice." The two worked together in ZNMD and Luck By Chance.

Meanwhile, this is what Zoya Akhtar posted on her Instagram profile:

Directed by Zoya Akhtar, the film followed the lives of three friends, who reunite during a road trip in Spain and end up discovering themselves during the adventurous journey. The film redefined friendship goals and proved that road trip plans do work out (sometimes). Zindagi Na Milegi Dobara also featured Katrina Kaif, Kalki Koechlin and Naseeruddin Shah. The film emerged as a hit at the box office.