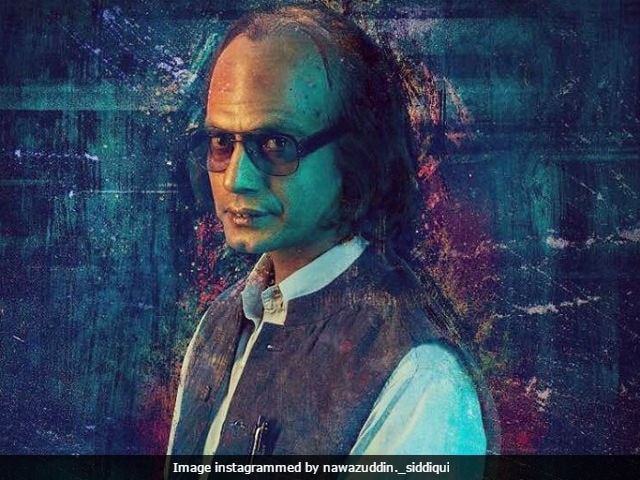 New Delhi: Actor Nawazuddin Siddiqui shared a new poster from his upcoming movie MOM, starring Sridevi on Thursday. In the poster, the Gangs of Wasseypur actor looks almost unrecognizable. In a statement to news agency PTI, the 42-year-old actor said that one of the main reason for him to be a part of MOM was the chance to work with Sridevi. "When I was approached for the film I just couldn't refuse as it was an opportunity to act with Sridevi," PTI quoted Nawazuddin Siddiqui as saying. MOM, directed by Ravi Udyawar, also stars Akshaye Khanna, Abhimanyu Singh, Sajal Ali and Adnan Siddiqui.

Nawazuddin Siddiqui's new look in MOM is receiving a lot of appreciation from his fans and followers. The Raman Raghav 2.0 actor said that he was 'excited' to experiment with his look. "I am happy to see this new look of mine in the film. The film gave me an opportunity to do something different and look so different," PTI quoted Nawazuddin Siddiqui as saying.

MOM, which has been co-produced by Boney Kapoor, Sunil Manchanda, Mukesh Talreja , Naresh Agarwal and Gautam Jain, is scheduled to release in theatres on July 7. The film marks Sridevi's comeback to the big screen after a gap of five years.