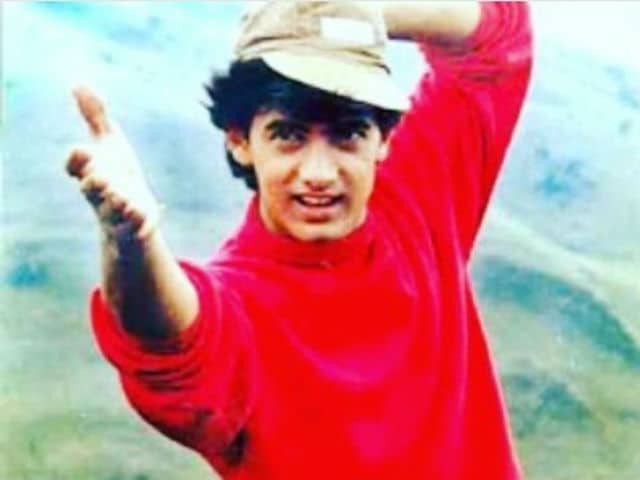 New Delhi: Not many people know that choreographer-turned-director Farah Khan got her first big break on the sets of Mansoor Khan's iconic 1992 sports drama Jo Jeeta Wohi Sikandar. When Saroj Khan didn't show up for the shoot in Kodaikanal, then-assistant Farah filled in to choreograph Pehla Nasha. And the rest, as they say, is history.

Recently, Farah shared a black-and-white photograph from the sets of the on Instagram from the sets of the film, giving us major memories. As per her caption, it's actually Abhishek Bachchan we should be thanking for this golden oldie - we're still trying to wrap our heads around how Abhishek came by the photo.

Can you spot Aamir, who was about 26 then, in this group shot?

Thank u @bachchan for sending me this priceless photo of the outdoor unit of Jo Jeeta wohi Sikander!! Only girl in the unit! How times hav changed since then!!

Granted, major squinting is required but Aamir is fairly easily identified in the far right bottom corner, wearing his 'Sanjay Lal' smile and bicycle helmet. A closer look behind him and you see Farah, the only female member of the crew as she proudly proclaimed, and actors Mamik and Deven Bhojani, who played Aamir's elder brother and friend, respectively.

Jo Jeeta Wohi Sikandar was a sports underdog film in which slacker schoolboy Sanjay Lal and his friends clash with richer students from a rival school on and off the playing fields. In the end, it all comes down to a prestigious cycle race to be won.

Promoted
Listen to the latest songs, only on JioSaavn.com
Almost 24 years after the release of the film, which paved the way for high-school rivalry dramas in Bollywood, Aamir Khan is to appear in a sports movie again. This December, he plays wrestler Mahavir Phogat in Dangal, the trailer of which has opened to rave reviews just this morning.

Meanwhile, the cast of Jo Jeeta Wohi Sikandar will reunite for the Jio MAMI Film Festival in Mumbai this year at its Movie Mela. This will include Deepak Tijori, Aditya Lakhia, Kiran Zaveri and Pooja Bedi along with Aamir, Mamik, Deven, Mansoor and Farah. Let's just say, we're quite excited.