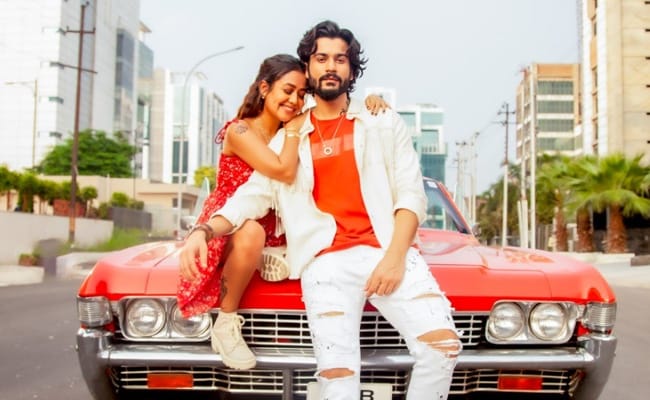 Actor Sunny Kaushal, who made his big music video debut in Bhushan Kumar's Taaron Ke Shehar, has made an impact in his very first musical outing. The young actor stood out in the music video opposite Neha Kakkar, who isn't just one of the most celebrated artists of her generation but also a fabulous performer and crowd-puller. Together the two created magic with their chemistry on screen, testimony to which are the overwhelming numbers Taaron Ke Shehar generated. The action and emotion packed song crossed 25 million views on YouTube in just 3 days of its release.

The romantic 'Taaron Ke Shehar' written and composed by Jaani of 'Pachtaoge' fame saw Sunny Kaushal and Neha Kakkar essay the role of "lovers on the run." The sizzling and convincing chemistry between the two young stars, had fans begging for more as they showered the song with love over social media platforms.

Fans and music lovers not only praised the intense chemistry between the lead pair, but also the song's vocals and the picturization of the music video shot by Arvindr Khera.

'Taaron Ke Shehar' is out on T-Series' YouTube channel.