"For the first time my audience will see me in my dancing shoes with dancing queen Nora Fatehi," says pop sensation Guru Randhawa 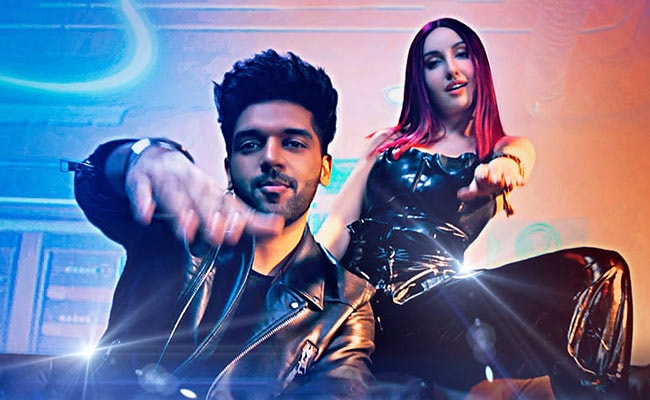 Guru Randhawa and Nora Fatehi on a poster

While both the popular names have worked with Bhushan Kumar on solo projects in the past before, they now come together for this T-Series dance track choreographed by Bosco Martis. The team of Retrophiles has conceptualized and created this high octane, never seen before Indian music video with cutting edge technology to ensure its futuristic look.

Composed and written by Tanishk Bagchi, this original song with vocals by Guru Randhawa and Nikhita Gandhi promises to be one unlike any other from the music label. Nora shot the song with Guru Randhawa in Mumbai after a week of intense rehearsals with choreographer Bosco and his team. 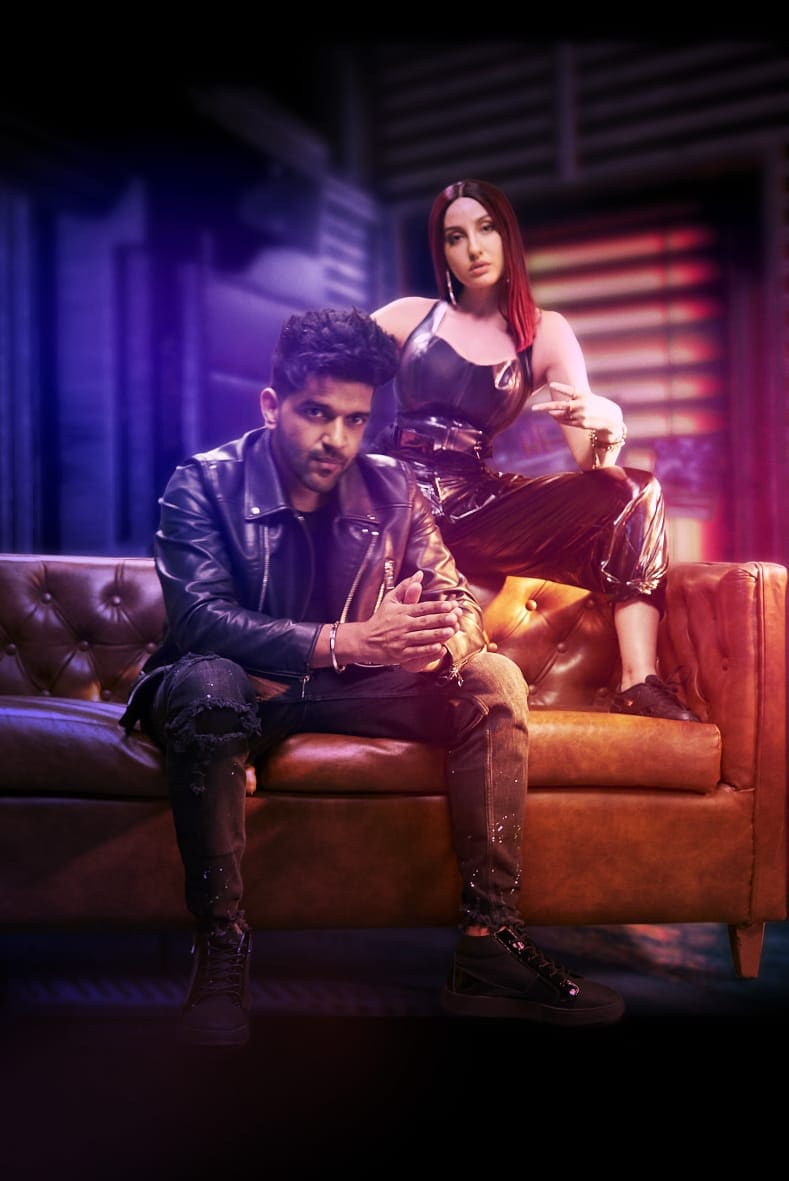 Given that both artists are masters at their craft, the music video is innovative, creative, and very technologically forward. Interestingly, this would also be the first time Virtual Production Technology has been used for any film or music video in India. If that wasn't all, a state of the art gaming platform has been explored for the first time in an end to end production. Definitely promising audiences a visual spectacle like never before. Naach Meri Rani is a dynamite combination of one of the best female performers and a successful singer who has broken records coupled with a next-level music video and addictive music is sure to have this one topping the charts.

Says pop sensation Guru Randhawa, "For the first time my audience will see me in my dancing shoes with dancing queen Nora Fatehi. Bosco sir has made me do some wonderful moves which is already been hooked on to by people. This is the first time in India one will see virtual production technology used for a music video. Thanks to Bhushan sir for believing in me and giving me this opportunity to explore new avenues. The creators, Retrophiles, have done an amazing job with their cutting edge technology that was to give the futuristic look to the music video and the composition of Tanishk will make everyone want to dance."

Says the gorgeous and talented Nora Fatehi, Naach Meri Rani is a song of many firsts while collaborating with Bhushanji is like being at home, it always feels comfortable working with T-Series! Guru and I have never officially collaborated, so this is our first music video together and Tanishk Bagchi's music has offered an exciting touch to the peppy track. The music video is one of its kind and the first song in India to be shot completely on virtual reality technology and VFX. It is not just technologically advanced but also the visual aesthetics interms of styling is very international. My styling for the song has been inspired from the exemplary looks of international pop-stars and fashion icons, embodying the global appeal that the song brings to the table. The steps and hook line has already become viral in india and abroad, it was a great experience working with Bosco for the first time."

Adds T-Series head honcho Bhushan Kumar, "With Guru Randhawa and Nora Fatehi onboard we wanted to raise the bar with Naach Meri Rani. Of course with this dynamic combination, you can expect great music by Tanishk and fantastic dance and choreography. A song of this stature also needed an out-of-the-box concept and that's exactly what you will see in the music video. We brought Virtual Production Technology to India for this high octane song for the very first time so in that sense, this song is ahead of its time and very technologically forward. The team at Retrophilis has created a video that will completely surprise our audiences."

Both Nora and Guru have worked with T-series in the past and had blockbuster hits with over half a billion views each and we are sure that Naach Meri Rani will be an immense success as well.