All You Need To Know About Pop Singer Dhvani Bhanushali

Dhvani has trained in Indian classical vocals, a skill she regularly still practices, and is a fan of global pop, she name-checks everyone from Taylor Swift and Beyonce to Dua Lipa, a star with whom she shared the lineup billing with at OnePlus Music Festival in Navi Mumbai last year 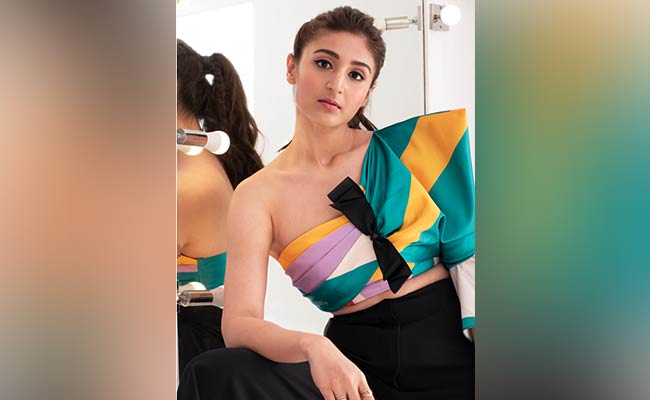 A photo of Dhvani Bhanushali.

India's pop princess, Dhvani Bhanushali began her musical journey 3 years ago, at the mere age of 17, and has come a long way since. In a short span of just 3 years, the pop star has shot to fame, with several chartbusters under her belt. Calling her a novice could seem deceptive, as the star has amassed 3.6 million followers on Instagram, over four million fans on Facebook and 78,500 plus Twitter followers, all ardent fans who enjoy not just her music but also the sneak peeks she gives them of her life. 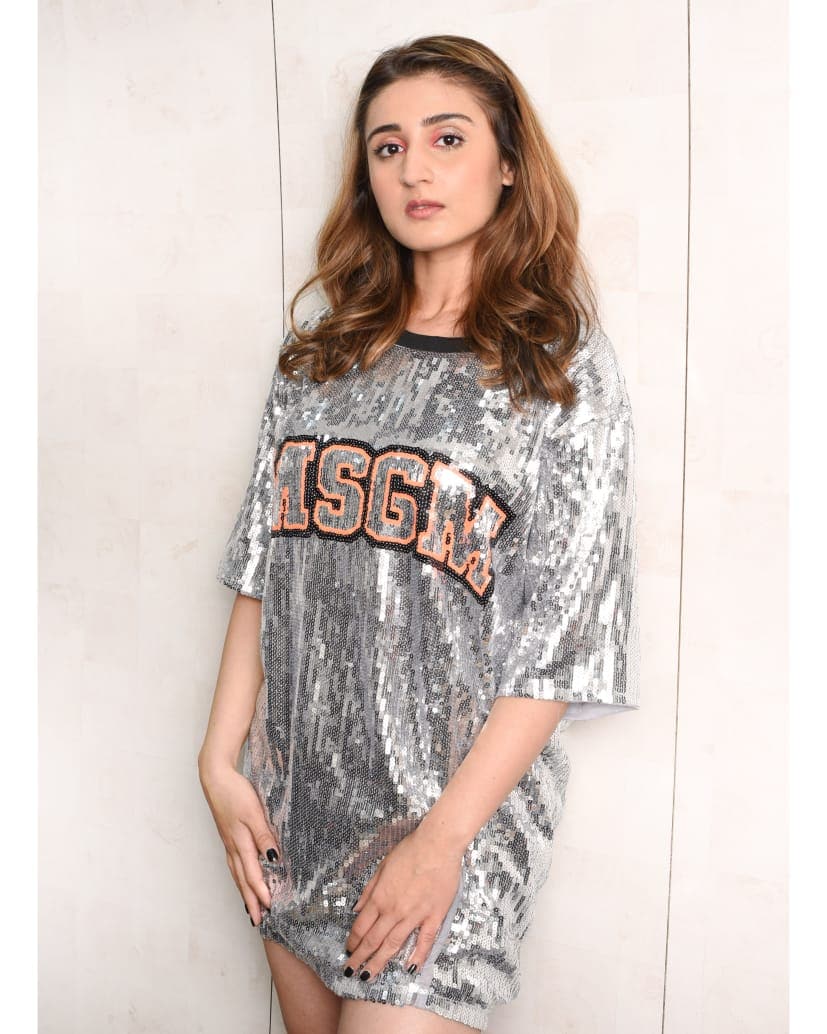 Daughter of record label T-Series president Vinod Bhanushali, Dhvani was first encouraged by playback singer and composer Himesh Reshammiya to pursue music professionally. And although there's definitely finessing and grooming involved in the commercial music space in India, "I don't want to be a made-up personality," she says.

The artiste with the voice of an angel is in the running to be the biggest pop star in the history of India, what with her song Vaaste which she recorded with singer-songwriter Nikhil D'Souza, accruing over a billion views. She joins the billion club with Punjabi singer Mannat Noor as well as major label-backed star voices such as Jass Manak and Guru Randhawa, all artists with a massive fan following of young listeners. Her dreamy videos and discography revolve around songs about heartaches and new love and are usually set against collegiate settings and a dramatised romantic plot.

Dhvani has trained in Indian classical vocals, a skill she regularly still practices, and is a fan of global pop, Bhanushali name-checks everyone from Taylor Swift and Beyonce to Dua Lipa, a star with whom she shared the lineup billing with at OnePlus Music Festival in Navi Mumbai last year. On being asked to describe her music, she says, "I want to have the best of both worlds. I try to figure out the colours of my voice and try and blend it with my classical training."

A star signed with the mammoth label, T-Series and has worked with numerous famous artists including Guru Randhawa on Baby Girl, Tanishk Bagchi on Leja Re and a remake of 1999 song Dilbar, which put her name on BBC Asian Network's Official Asian Music Chart and the Billboard YouTube chart in 2018, and most recently, duetting with Jubin Nautiyal for the Gujarati-Hindi love song, Nayan. 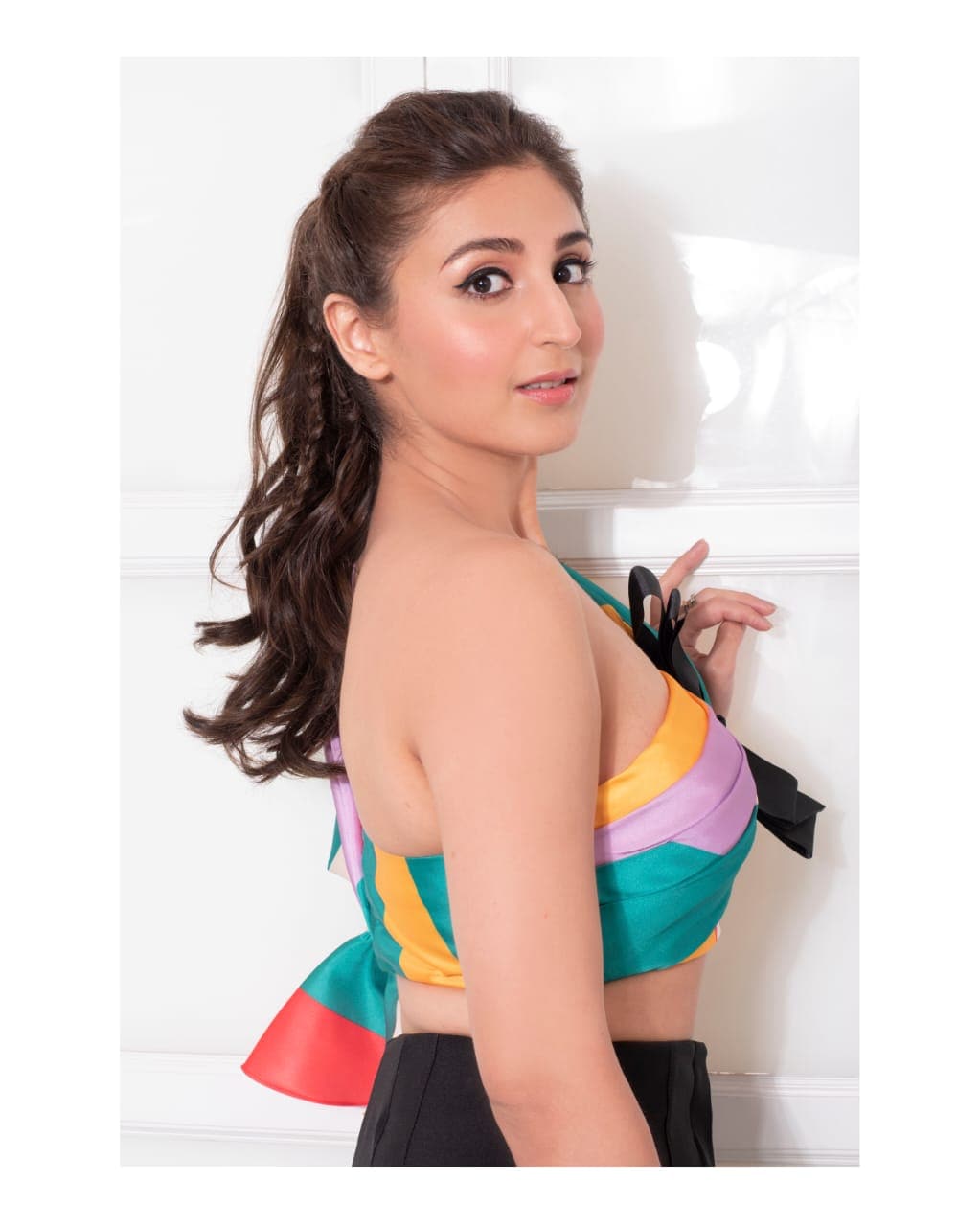 "You sometimes kind of lose that edge," Dhvani said about working after lockdown

The diva thanks her lucky stars and is grateful for the privilege of releasing music via one of the biggest labels in the country, but Bhanushali maintains that she still got here with talent and hard work: "Yes, my struggles are different, but not every opportunity comes knocking on my door. There are things that you need to chase. There are things that I want to do, but I'm not given a chance at. There are those days as well," she says.

Although 2020 has been an extremely difficult year for everyone, it has truly been wonderful on the work front for the young star, with her beginning the year with the lush electronic pop tune Na Ja Tu, a rousing salute to frontline workers with Jeetenge Hum and a Punjabi wedding party-ready number called Gallan Goriyan. And after the pandemic induced restrictions eased, she got back on track to collaborate with Randhawa for Baby Girl and earlier this month, dropped Nayan, which received half a million hits in merely 45 minutes of releasing.

Dhvani was excited to get back to work, although it took her a bit of time to acclimatise herself to working in a studio again. "I just missed it... that vibe of people sitting together and making music. I think I worked a little hard on it since it was coming after a very long time, given the lockdown," she shares, "You sometimes kind of lose that edge. I had to work a little harder on getting it to the best point, getting it to the best I can do." Besides five "non-film" songs, Bhanushali also had three film projects this year-Jai Mummy Di, Saaho and Street Dancer 3D. In a year that involved being stuck at home, for the most part, this level of output is certainly impressive. "I keep asking myself, 'Okay, is this the right thing to do?' I'm very cautious that way about my career," she says.

The digital world has surely been a boon in the sense of allowing audiences from each corner of the globe to tune in to the melodies of their favourite stars, but it is not so kind if you're not always posting updates and churning out content. Although the starlet had a few interactions with fans via Instagram lives and YouTube, she is very conscious of when she needs a break from social media. "It's sometimes very overwhelming for me, emotionally, to handle so much. I'm a very reserved person like that. I can't handle a lot of emotions... of people coming my way."

However, the pop sensation is quick to confess that she does, in fact, love all the attention. When asked what about the fame she hadn't anticipated and prepared for, she says, "As pop stars, we want attention, but there are two sides of it. You know, when you get too much of it, it's kind of difficult to digest. Sometimes, you have to be on all the time. You can't have a dull moment, because the audience wants to see you perked up at all times. (But) I'm human and we're all human. It irks me a little bit and I didn't think this would be a part of the package."

Nevertheless, the icon swears to be true herself and her audience always, and comments "I just want to be myself. If a moment is big, I would have captured it that way. If a moment is small, I will capture that way as well. I never really made things up just because I want to post on social media. Everything that happened in my life, or the kind of person I am, you'll see into my Instagram, it's not made up. It's just organically who I am in real life."