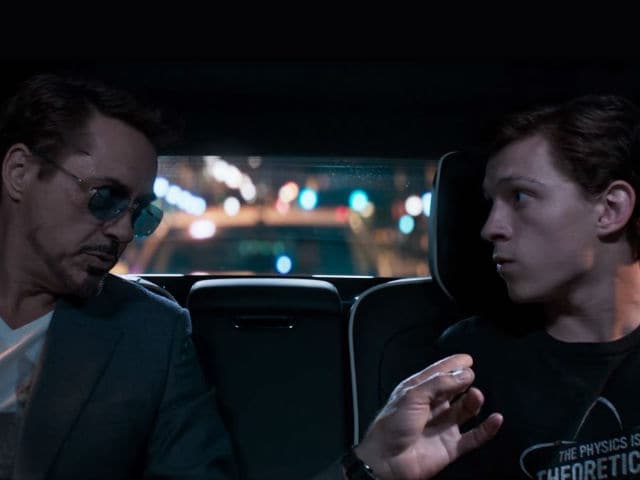 New Delhi: Avengers' fans are in for a treat in the summer when Spider-Man: Homecoming will hit the screens. The Tom Holland-starrer film also features Robert Downey Jr as Tony Stark and his suited-up alter ego Iron Man fighting crime together trying to save the world from some freaky flying monster - played by Michael Keaton. This time Peter Parker is mentored by Mr Stark - "But this does not mean that you're an avenger. In case you were wondering," he told an awestruck Peter who has some fancy gadgets and extensions to add to his Spidey suit.

Tom Holland stars as a young (something that Twitter pulled up the series for earlier after Tom's casting) Peter Parker trying to fit into his high school life while simultaneously shouldering responsibilities of a crime fighter and prove that he's not an 'ordinary kid.' The film probably doesn't delve into how Peter Parker became Spider-Man (at least for now), something which previous films with Toby Maguire and Andrew Garfield highlighted.

The events of Spider-Man: Homecoming starts after Captain America: Civil War, where Spider-Man fought on Team Iron Man against Team Captain America. Tony Stark, being his usual funny and sarcastic self, is there to guide Peter and has designed some useful additions for his suit - like web-wings. Totally cool.

In the last scene of the trailer, Spider-Man and Iron Man flying in-sync determined to reach their destination.

Promoted
Listen to the latest songs, only on JioSaavn.com
Marisa Tomei stars as Peter's Aunt May while Jon Favreau reprises the role of Happy Hogan from the previous Marvel films. The Jon Watts-directed reboot of the Spider-Man franchise will release on July 7, 2017.