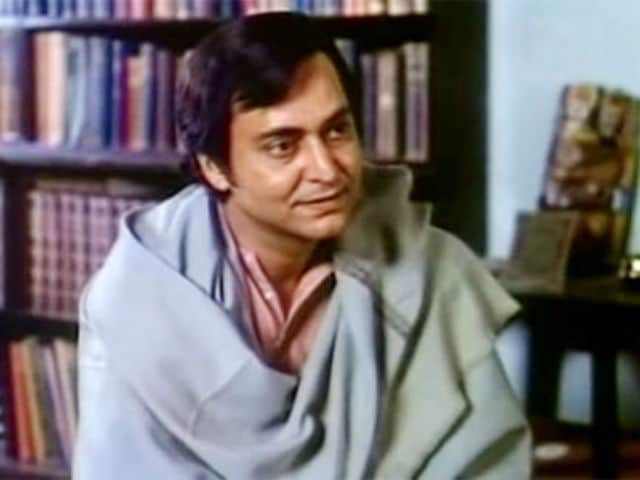 Soumitra Chatterjee in a still from Sonar Kella.

New Delhi: Actor Soumitra Chatterjee, who played Satyajit Ray's iconic character Feluda in films, said that he never imagined that the detective would become a cult overnight after the release of Sonar Kella in 1974.

"I had become a fan of Manik da's (Satyajit Ray) detective soon after Badshahi Angti was published. I had never imagined that I would be the one to play the character onscreen. When Manik da called me to say that I would play Felu in Sonar Kella, I was thrilled," said Mr Chatterjee.

"I must confess that I had never imagined Felu would become a cult almost overnight after the release of Sonar Kella in 1974," Mr Chatterjee is quoted as telling Boria Majumdar in the his new book Feluda@50.

Feluda@50 marks the 50th year of the phenomenal detective, whose real name is Prodosh Chandra Mitter. The book has several articles related to Feluda and also three interviews of the actors, who played the super sleuth on screen - Soumitra Chatterjee, Sabyasachi Chakrabarty and Abir Chatterjee.