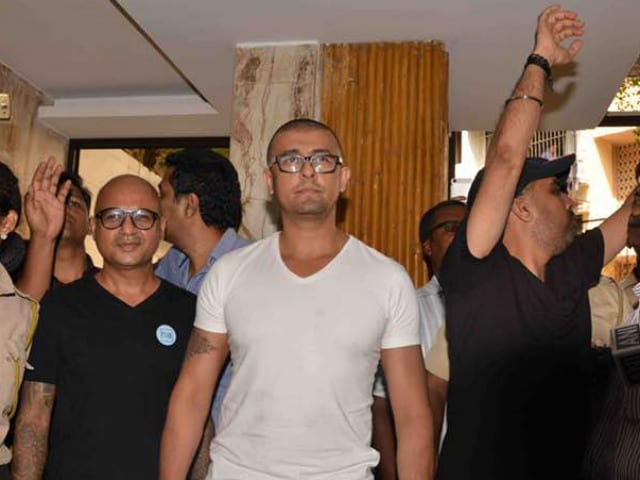 New Delhi: Sonu Nigam tweeted a video of azaan playing in the wee hours of Sunday, which is a week after the singer's strongly-worded tweets against the use of loudspeakers in mosques, temples and gurudwaras aggravated into a controversy. Mr Nigam, who also shaved his head to stand by his argument, captioned the video "Good morning India." Mr Nigam's video appears to have been recorded from the balcony of his apartment and pans across to point out the source of the morning azaan. Sonu Nigam's tweet supposedly appears to be in response to some reports that claimed azaan cannot be heard near the singer's apartment in Andheri West and that his tweets on azaan were for mere publicity.

Meanwhile, Sonu Nigam's has received support by industry veterans like Javed Akhtar and Anupam Kher along with his colleagues like Randeep Hooda, Ranvir Shorey, Richa Chadha and Kangana Ranaut on his protest against the use of loudspeakers. When asked about Sonu Nigam's views on the use of loudspeakers in religious institutions, Saif Ali Khan told Indian Express: "Don't know who you are offending. At one level I agree, the lesser sound the better, there should be certain decibel levels allowed across religious practices. I also understand the amplification of the sound during azaan comes from insecurity."

Mr Akhtar, however, said: "As far as I think, no matter if it's a Masjid, Mandir, Church or Gurudwara, whatever is the place, do your prayers, but it shouldn't disturb anyone else," IANS reported while Mr Kher tweeted after Sonu Nigam went bald, saying: "Bande mein hai dum". "What Sonu Nigam meant was against loudspeakers not against a religion," Randeep's tweet attempted to clarify Mr Nigam's point of view. Kangana added while she loves azaan, Mr Nigam's opinions should be taken into consideration, reported PTI.

On Thursday, Sonu Nigam shaved his head in defiance of a 'fatwa' issued by Syed Sha Atef Ali Al Quaderi of the West Bengal Minority Council, who offered to pay Rs 10 lakh as a reward to have the singer go bald and garland him with old shoes. However, the Mr Quaderi refused to pay the amount saying Mr Nigam failed to check off all his conditions. Mr Quaderi told NDTV that Mr Nigam was also to visit "every household of Hindustan" once tonsured, which he did not.

Earlier on Thursday, Sonu held a press conference at his Mumbai residence, when he referred to the Muslim cleric's claims and said: "Shaving hair is no challenge or negativity, it's a symbolic move - asking, what are you making this country? What are these fatwas?" He added: "You have to fight the fanatics, you can't just hide and comment from Twitter."

Mr Nigam referred to the terms guldagardi and "forced religiousness" in the angry tweets he posted after being woken up by morning azaan, speaking of which, he said that religious processions in which people push each other out of the way is also "gundagardi." In an appeal of sorts to be not misinterpreted, he said: "Azaan and aarti are important, loudspeakers are not."

Promoted
Listen to the latest songs, only on JioSaavn.com
Earlier this week, Sonu Nigam has been criticised as anti-Muslim for his tweets but later, Twitter was also flooded with support and appreciation for the singer's move of shaving his head.