Sons Of The Soil Review: Unscripted Documentary Is Unusual Fare

Sons Of The Soil Review: Abhishek Bachchan serves as the principal narrator of the series. The boys of Jaipur Pink Panthers are in awe of him. It is a collision of two dissimilar, if not opposing, worlds. 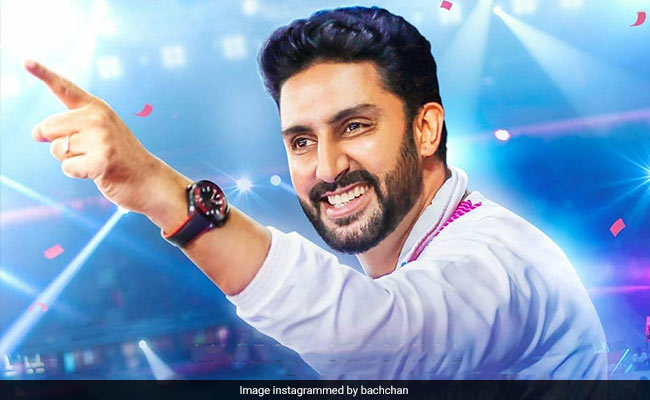 Sons Of The Soil Review: Abhishek Bachchan on a poster (courtesy bachchan)

An unscripted documentary series produced by BBC Studios and streaming on Amazon Prime Video, Sons Of The Soil: Jaipur Pink Panthers digs its heels in with intent. Fans of the contact sport are starved of live kabaddi action. The show comes close to offering vicarious recompense. It is great advertisement for both the game and the professional league that has had to hit the pause button in 2020.

Sons Of The Soil, driven by team owner Abhishek Bachchan, is unusual fare owing to the nature of the indigenous sport it celebrates. But more than kabaddi itself, it throws light on how the minds of the young lads out there under the glare of the media spotlight respond to the challenges posed by money and fame.

These are simple boys from very humble, mostly rural backgrounds adjusting to an alien setting. The sport is the same, the packaging isn't. The dusty patches of land on which kabaddi is still played in large swathes of India have been replaced in the PKL by spotless mats laid out in brightly lit indoor facilities jampacked with voluble enthusiasts.

Dislocated from their 'sons of the soil' moorings and turning out for a franchise whose name is as far removed from their cultural lexicon as they are from their villages in Haryana, Rajasthan and elsewhere, the boys have to find their feet before they can run. So, the round-robin league isn't just about winning and losing, it is also about settling their nerves in a tournament where demands on their time and stamina are immense.

Sons Of The Soil, which follows the entire PKL 2019 season as JPP competes against 11 other teams, is as invested in the ups and downs that the individual players encounter as it is in the thought processes of the Bollywood star who runs the show.

Depth and range are both thus guaranteed, making this an entertaining and illuminating character-driven sports show. Bachchan and the star's film producer-buddy and franchise COO Bunty Walia inevitably have pride of place in the real-life drama. The show also derives significant strength from L. Srinivas Reddy, the team's abrasive, outspoken head coach, a man who never minces words.

The show opens with Abhishek Bachchan speaking to a camera within the frame and spelling out who he really is. He uses three adjectives and qualifies each with a defining statement: passionate ("I don't like losing"), fair ("I still don't like losing") and affable ("But not when I'm losing.") It is an interesting starting point for a documentary that turns out to be more about the vagaries of sport than simply about victory and defeat. 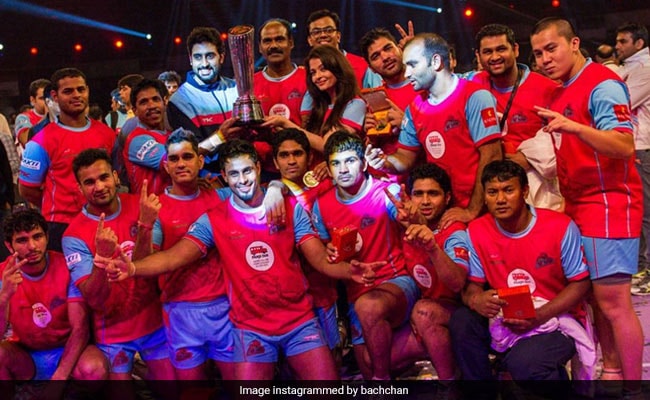 Sons Of The Soil Review: Abhishek Bachchan shared this moment

For the boys slugging it out, the tournament opens doors that they wouldn't have been aware of until the PKL came along. JPP captain Deepak Niwas Hooda, who at an annual fee of Rs 1.25 crore is the team's most expensive player, begins to feel the heat when the wins dry up.

Ditto for Srini Reddy, retained as head coach despite a poor 2018 season. He has lots to prove, so he does not shy away from going for the jugular. Hooda, also retained as captain, is far more guarded in his responses. He hopes his performances will do the talking for him.

The two men deal with setbacks in contrasting ways. Reddy and Hooda provide two fascinating portraits of ambitious individuals seeking redemption for unfulfilled promise. JPP won PKL's inaugural title in 2014 but nothing since then. The coach and the captain know that their jobs are cut out - they have to guide a youthful and talented bunch through the rough and tumble of a tough league.

Bachchan gives the audience an upfront insight into the team's overarching strategy of banking on youth. It pays off in the first few matches. Then the tide turns. Cracks open up. There is no dearth of fireworks from this point on.

Taking us to the very heart of the tournament, the five-episode show tracks the likes of Nilesh Salunke, Amit Hooda, Sandeep Dhull, Nitin Rawal and Deepak Narwal as they negotiate a topsy-turvy season. They find themselves under the pump as the team's form wavers. But on the good days they have in the office, there is much back-slapping camaraderie among the players.

Bachchan, while being in the thick of the action, serves as the principal narrator of the series. Even when things aren't going his way, he retains his calmness. It is obvious that the boys he has pencilled in for JPP are in awe of him, which rules out the relationship between him and the players developing into anything other than what one would expect between an employer and an employee. This certainly isn't for want of trying. It is a collision of two dissimilar, if not opposing, worlds.

Except when Bachchan speaks in measured tones (in the changeroom and elsewhere) or when Walia chips in with his blunt thoughts, the language is earthy as boys in their early 20s are thrown into the deep end and forced to learn how to confront expectations and heartbreak. Inevitably, friendly banter frequently gives away to recriminations and meltdowns.

While they pursue success with the team and seek to achieve excellence, the boys have to tackle the challenges posed by tough opponents, the demands made by the team management and the pressures of being in the limelight in a tournament that has a huge television viewership and enthusiastic public support on the ground.

When JPP is at its lowest ebb having faced a string of defeats, Abhishek explains the pressure being felt by on one of the team's key players, raider Deepak Narwal, a boy from a family of kabaddi champs, thus: "I know what it is to live under a shadow." The shadow he refers to puts in a few appearances to eggs the boys on. On one occasion, Amitabh Bachchan tells the boys he prefers not watch a JPP game in person because it brings bad luck to the team.

The 'breathless', pulsating quality of kabbadi rubs off on the show. The spontaneous energy that it translates into makes Sons Of The Soil: Jaipur Pink Panthers consistently watchable. Like the sport itself, the show brims over with action and excitement.