Sonakshi Sinha On Mungda Remix Criticism: 'Even I Like The Original Better' 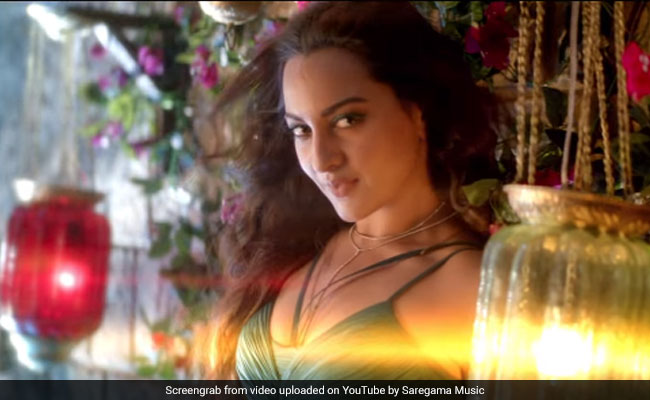 The Dabangg actress justified the "repackaging" of the songs and said that it is done in order to make a track more appealing to "today's generation". "We are only trying to repackage that and give it to the today's generation who might not listen to old songs. For me as an artiste, I have been told by makers of the film that they wanted me to be a part of the song as they don't see anybody performing it so, that was a big deal for me that makers felt that I would do justice to the song and I am very happy," Sonakshi said.

The original version of the song featured Helen and was part of 1978 film Inkaar which starred Vinod Khanna, Vidya Sinha and Amjad Khan. Lata Mangeshkar, who is unhappy with the trend of remixing old and iconic songs, told Deccan Chronicle: "We are not asked if we approve or not. No one seeks our consent before using our songs. Is that right? Our songs (the songs sung by the Mangeshkar sisters Lata, Asha and Usha) were created after a great deal of thought and they were done with sensitivity and care. To rip them off in this arbitrary manner is not correct," the 89-year-old singer was quoted as saying.

Sonakshi Sinha will be next seen in Abhishek Varman's Kalank which also stars Alia Bhatt, Varun Dhawan, Madhuri Dixit and Sanjay Dutt. Speaking about her upcoming project, Sonakshi said: "I am looking forward to every film of mine which is coming out this year. Kalank is my next release. It is releasing in April."

Sonakshi Sinha also has Mission Mangal and Dabangg 3 in the pipeline.