"Can't believe it'll be out for the world to read in 2 days," wrote Priyanka Chopra 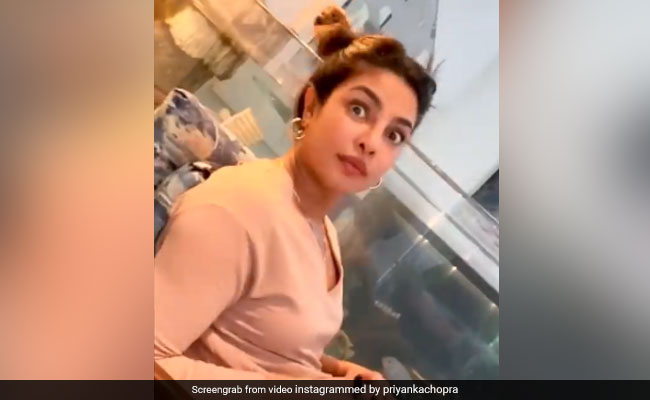 Busy can't even begin to describe  Priyanka Chopra's current schedule. With just 2 days left to her book launch, the actress is super caught up but she did manage to share a video on her current schedule looks like. To quote the actress, her day involves, "sleep, sign 800 copies of Unfinished ( the name of her memoir), repeat." An excited Priyanka Chopra, sharing the video, added in her caption: "Can't believe it'll be out for the world to read in 2 days!" The actress' Instafam was super excited and the comments on her post clearly reflect that. "Can't wait to read it," wrote an Instagram user. "Finally," added fan.

In 2018, the actress announced that she will be writing a memoir.  "The feeling of checking something off your bucket list gives you an indescribable sense of accomplishment and that's where I am in this moment. I've always wanted to write a book but the timing never felt right. With each opportunity that presented itself, my first instinct was always to wait...because I wasn't (and I'm still not) finished," read an excerpt from her post.

Priyanka Chopra's memoir will have a lot to offer, for her story is anything but ordinary. Priyanka Chopra, a former Miss World and a Bollywood star, is a woman of many hats. She is the first South Asian woman to headline the cast of an American television show and has featured in many Hollywood projects. Priyanka Chopra is a tech-investor and also counts as a UNICEF Goodwill Ambassador. She recently started a hair care brand called Anomaly Haircare.