Singer Ankit Tiwari's Grandmother Arranged A Match For Him On A Train: Reports

Ankit Tiwari will reportedly marry Pallavi Shukla, whom his grandmother met during a train journey 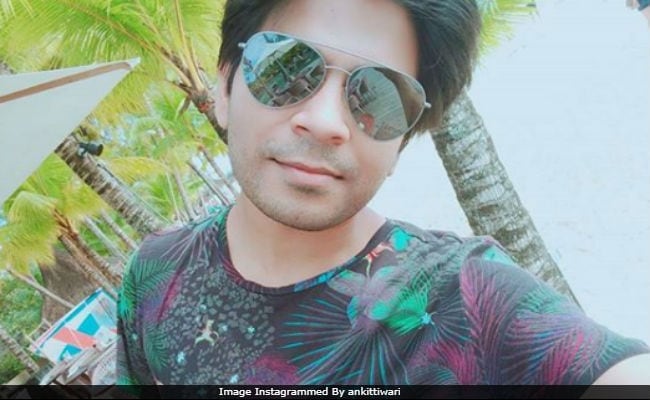 New Delhi: Singer-music composer Ankit Tiwari, best-known for the songs Galliyan and Sunn Raha Hai, is reportedly marrying Pallavi Shukla, whom his grandmother met during a train journey from Kanpur to Delhi last October. Mumbai Mirror reports that Ankit and Pallavi will get engaged on February 20 and the wedding will take place after three days (February 23) in Kanpur. The festivities will also include a haldi ceremony, sangeet and mehendi, followed by a wedding reception on February 26. Mumbai Mirror reports that Ms Shukla and Ankit's grandmother were reportedly travelling in the same compartment and after sometime, she realised that she had found a perfect match for the singer.

"Once daadi announced that Pallavi would be the family's daughter-in-law, everyone agreed. I'm happy that the family is happy and a little nervous too. She is a very sweet and simple girl. During our first meeting there were 10 others seated between us," Ankit told Mumbai Mirror.

Pallavi Shukla is reportedly a mechanical engineer based out of Bengaluru. "I've introduced her and her family to my work and life in Mumbai where she will live after marriage," Ankit, 31, told Mumbai Mirror, describing his first meeting with Pallavi in Mumbai as a 'private and personal affair.'

Promoted
Listen to the latest songs, only on JioSaavn.com
"Usually weddings in our family last 10-12 days, but Ankit doesn't have the time. His shows are booked months in advance and we worked around his dates," Ankit's older brother Ankur told Mumbai Mirror. The families will also host a reception in Mumbai once Ankit returns from his tour.