Sidharth Malhotra: 'Playing Captain Vikram Batra Is The Toughest Role Of My Life' 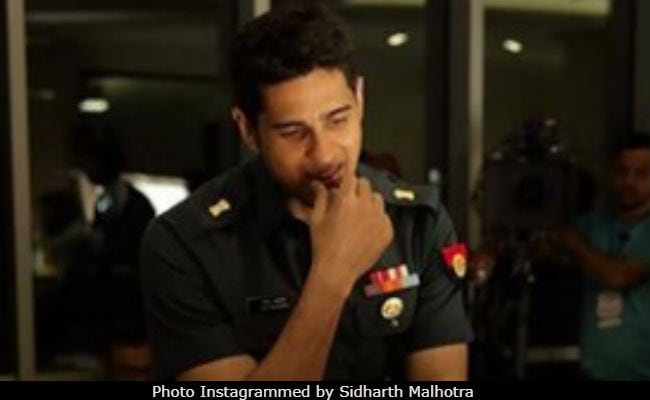 Sidharth Malhotra will headline the biopic based on the life of Captain Vikram Batra, who died in the Kargil War of 1999, which was fought between India and Pakistan. Sidharth, who is currently prepping for the biopic, said that playing the character of Vikram Batra has been the "toughest role of his life," news agency IANS reported. "I will do the biopic on Vikram Batra. It is the toughest role of my life. I am preparing for it but it seems like I have to prepare more for it because it is not enough for the kind of character that I am playing," IANS quoted Sidharth Malhotra as saying. The 33-year-old actor also said that playing the character of Captain Vikram Batra is a "big responsibility: "I feel it is an emotional responsibility to play that character because the family of Vikram Batra felt that I can play his role so, it is a big responsibility to present their story on the big screen."

Captain Vikram Batra was 24 when he died and was given the Param Vir Chakra - India's highest military award - posthumously.

The untitled biopic will be directed by Vishnu Varadhan and is being co-produced by Dharma Productions and Shabbir Boxwala. The film is expected to go on floors this year. "Dharma Productions is involved in it and we have a really good director as well so, we are all very excited for it. We start shooting for it in a few months and hopefully, we will have a very good film," Sidharth Malhotra told IANS.