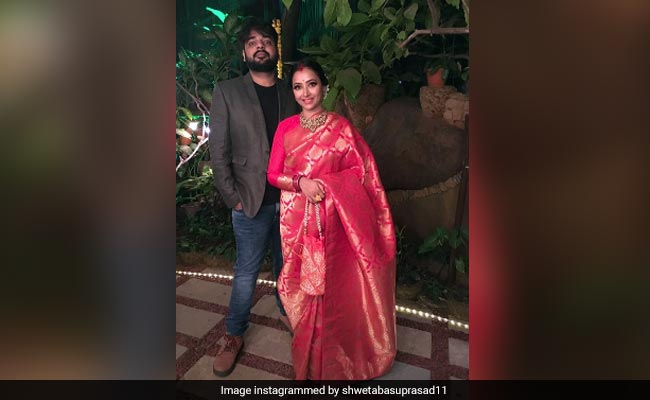 Actress Shweta Basu Prasad and Rohit Mittal rounded off their wedding celebrations with a reception party in Mumbai on December 20. Pictures from the reception party were shared by the actress on her Instagram stories. Filmmaker Vishal Bhardwaj, who directed Shweta as a child artiste in 2002 film Makdee, attended the actress' reception party on Thursday. Sakshi Tanwar, Shweta's co-star from TV show Kahaani Ghar Ghar Kii, Ishaan Khatter, TV actors Chetan Hansraj, Tanu Khan, Papia Sengupta and Saanvi Malhotra were also part of the wedding reception. Shweta wore a Banarsi saree while Rohit complemented her in a semi-formal outfit.

Take a look at the pictures from Shweta Basu Prasad and Rohit Mittal's wedding reception party: 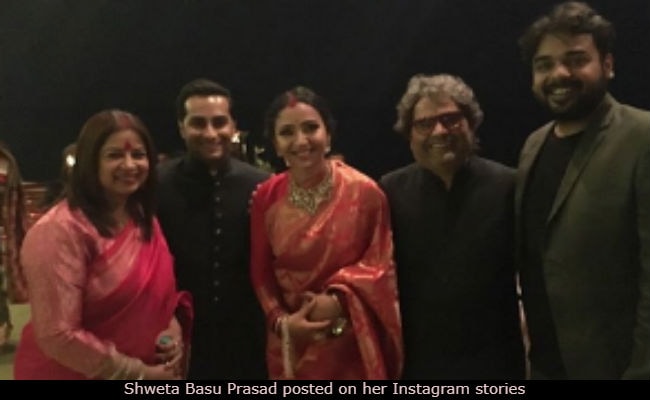 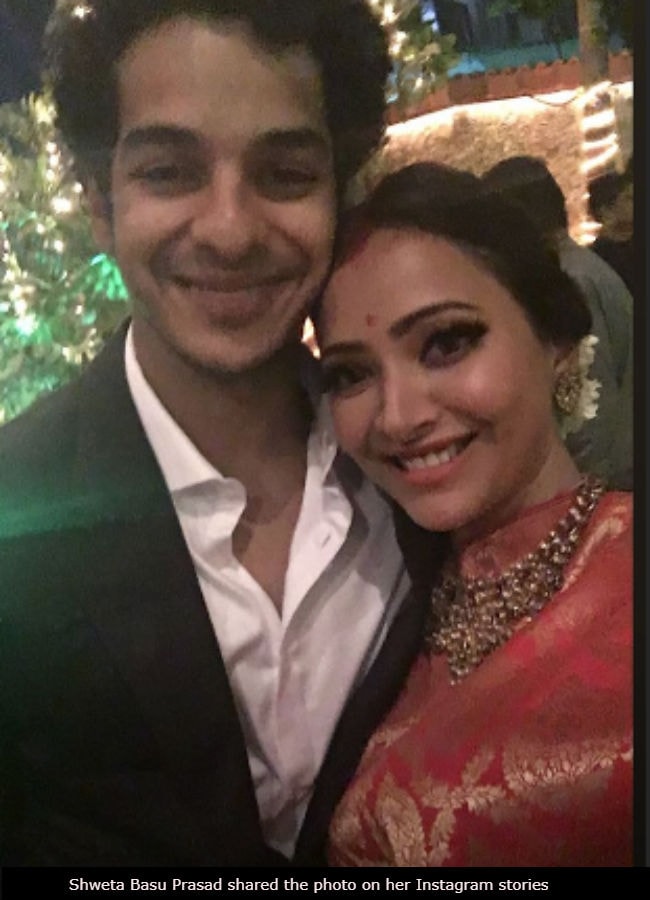 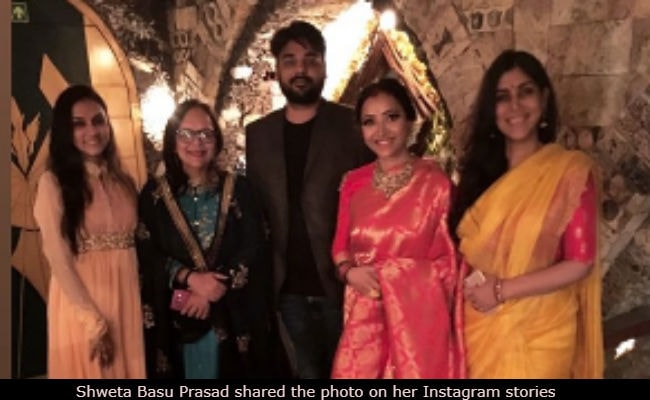 Shweta Basu Prasad married Rohit Mittal in Pune on December 13. The wedding was conducted as per Bengali and Marwari rituals. Shweta and Rohit's wedding was a private affair, which was attended by close friends and family members. Shweta filled up her Instagram timeline with photos from wedding festivities. Take a look at some of the photos here:

A Times Of India report had earlier stated that filmmaker Anurag Kashyap was instrumental in bringing Shweta and Rohit together. "The two have been together for four years now and got engaged last year. Both belong to the film fraternity and have collaborated on short films. Not many know that filmmaker Anurag Kashyap was instrumental in getting the two together as both Shweta and Rohit are close to him," A TOI report stated.