"This is a shame... Journalism, like really? I was a friend of both," tweeted Kushal Tandon 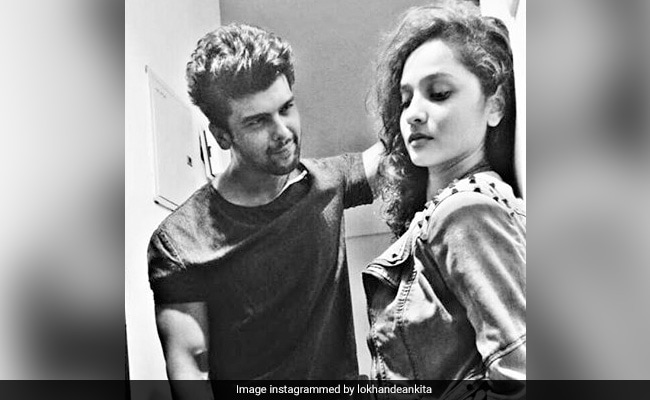 A throwback of Kushal Tandon and Ankita Lokhande (courtesy lokhandeankita)

"Shocking," tweeted actor Kushal Tandon after he spotted his name in a gossip piece run by Filmi Beat, claiming that he dated actress Ankita Lokhande after she and Sushant Singh Rajput broke up in 2016. Dismissing the Filmi Beat report as a "shame," Kushal Tandon described the bond he shared with Sushant as brotherly and clarified that he and Ankita are friends. "This is a shame... Journalism, like really? I was a friend of both. Sushant was a brother and Ankita a friend," read a part of his tweet. Sushant Singh Rajput was found dead at his Mumbai apartment on June 14. He was 34. The actor allegedly died by suicide - his death is currently being investigated by the Central Bureau of Investigation or CBI. Ankita Lokhande, who dated Sushant for six years, has insisted in several interviews that the actor could not have taken his own life. She often shares cryptic posts on social media with the hashtag "#JusticeforSSR," which has been trending ever since he died. Ankita Lokhande and Sushant Singh Rajput, co-stars of popular TV show Pavitra Rishta (2009 - 2014), dated for six years and parted ways sometime in 2016. Sushant's family have accused actress Rhea Chakraborty of financial fraud and abetment of suicide. Sushant and Rhea were dating when he died.

In his tweet, Kushal Tandon asked that he be left out of the "blame game" which the Internet has been preoccupied with following Sushant Singh Rajput's death: "At this time, who so ever's team is trying to get my name in this blame game, please keep me out of this. Shocking how we live in a world of news," tweeted Kushal Tandon.

Describing the unfolding of events on social media and smear campaigns following Sushant's death as a "circus," Kushal Tandon dedicated a note to the late actor: "And for the world, please let his soul rest in peace. It's a circus out here and the diamond must be laughing out loud from heaven. Sushi, take light like you always did. You chill, it's only chaos down here, you angel."

And for the world plz let his soul rest in peace ????it's a circus ???? out here and the diamond must be laughing out loud from heaven ..... sushi take lite like u always did ❤️u chil it's only caos down here ????you angel ????

Reports about Ankita Lokhande's rumoured romance with Kushal Tandon cropped up sometime in 2017, when the actress shared photos with the actor on her social media accounts. "Unexpected friendships are the best ones," she had captioned one of them from 2017.

Unexpected friendships are the best ones .????

Ankita Lokhande, when asked about her rapport with Kushal Tandon in a Times Of India interview in 2018, had responded: "Kushal is a good friend. When a girl is single, everyone wants to find out who she is dating. I don't feel the need to date anyone right now. I have no time to focus on what people are writing about my love life or with whom they are linking me. Also, I don't want to waste time clarifying anything. I only want to focus on my work."

Ankita Lokhande is currently dating Vicky Jain. She recently trended a great deal after she shared a photo of herself with twin babies, with this caption: "Our family rejoices - a new life's begun. Our circle is richer with the birth of these twins. Welcome Abeer and Abeera." While she didn't reveal who the parents are, Ankita tagged Vicky Jain, among others, in the post.

Our family rejoices - a new life's begun , Our circle is richer with the birth of these TWINS ❤️. WELCOME Abeer and Abeera Congratulations Varsha di and jiju ❤️

Kushal Tandon previously dated his Bigg Boss 7 housemate actress Gauahar Khan, who was the winner of that season of the reality show. Professionally, Kushal Tandon is best known for starring in shows such as Ek Hazaaron Mein Meri Behna Hai and Beyhadh. He has also participated in reality shows such as Nach Baliye 5 and Fear Factor: Khatron Ke Khiladi 5.