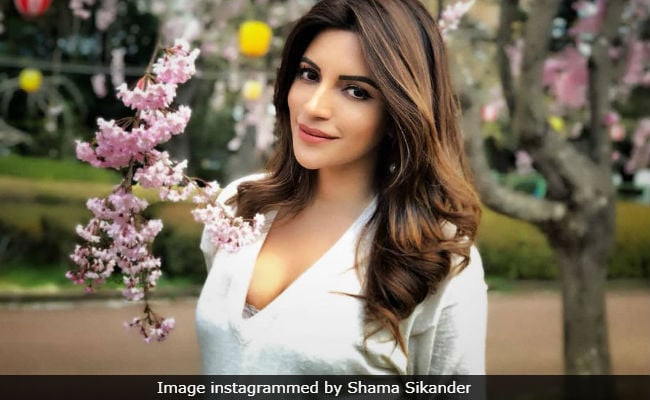 Shama Sikander talked about her struggle with bipolar disorder in 2016. (Image courtesy: Instagram)

New Delhi: Actress Shama Sikander first opened up about her struggle with bipolar disorder in march 2016 and now, two years later, she's about to start with a short film-series Ab Dil Ki Sun, which will focus on dealing with mental illnesses. The actress told news agency IANS that she doesn't know how she survived bipolar disorder and said it's difficult to talk about the experience. "It's the most difficult thing I have done in my life. I don't even know how I survived! I still wonder how strong I must be to be able to survive (it). I have always been unashamed of my life and not very afraid of sharing it to the world as well to a great extent," she said.

Now, Shama Sikander says that helping others deal with mental illness has become 'the purpose her life.' She told IANS: "I wanted to help and reach out to them (people) and tell them, 'There is light after all that darkness, so do not worry. I came out and you can too'. That has become my purpose. And I am doing my best to raise the awareness in every way I possibly can."

Shama Sikander became a household name after starring in 2003 television show Yeh Meri Life Hai. She has also starred in films such as Mann and Sexaholic. "Whatever I did not say earlier in my career is because a lot of people were stopping me to. But once you face death, you fear nothing. I was suddenly the most fearless that I have ever been and I could feel people and their pain more than ever," Shama Sikander said.

Shama Sikander frequently finds herself on the trends list for her Instagram posts, some of which are brutally trolled by the Internet. But the actress doesn't bother much about it and said, "It just exists just like a lot of other things exist in the universe."

Promoted
Listen to the latest songs, only on JioSaavn.com
Ab Dil Ki Sun is a series of seven short films, which Shama is producing. "I play myself and everyone... I am you and me and everyone living in this world. It's more like an open conversation rather I would say. The whole idea is to bring people's attention to these illnesses and the reasons behind depression."