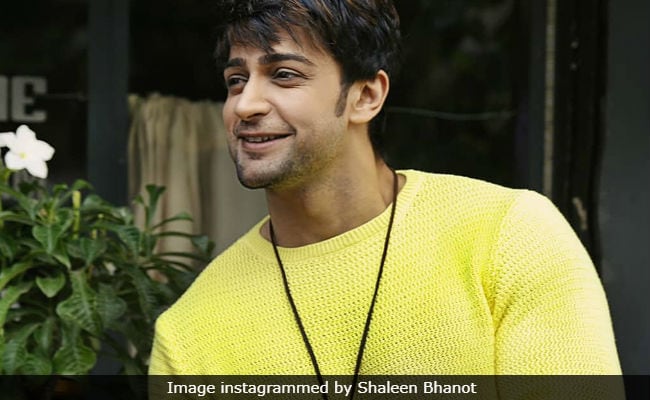 Shaleen Bhanot on the sets of a show in Mumbai. (Image courtesy: Instagram)

Actor Shaleen Bhanot, who stars in upcoming horror show Kaun Hai?, told news agency IANS that he hasn't played the role of a "quintessential hero" of the small screen for a long time and he would love to take up a role like that soon. "I was playing Duryodhan in Suryaputra Karn. I want some positive roles now. I love them. Also, I have realised that I have not played a quintessential hero for the longest time so, maybe I will play that first," he was quoted as saying. Shaleen has played the lead role in shows like Sajda Tere Pyaar Mein. Shaleen told IANS: "This year I am not in haste. I want to do something good. For me, work is always good. It is never bad but when I say 'good work', I mean to play a good character and not a bad one."

Speaking about his new show Kaun Hai? and how is it different from the other shows in the same genre, Shaleen told IANS: "Every human being has a head and hair but everyone is unique. It's the same thing with shows. The way I had shot it and the way it came out was brilliant. It is scary."

Shaleen has earlier featured in shows like Ssshhhh...Phir Koi Hai and Aahat. "I had done those about 12 years ago and in these 10-12 years, I had not done any horror show. The definition of horror was completely different back then. Now, it is actually scary. The prosthetics and all look very real," said Shaleen.

However, Shaleen is not a fan of the genre and he told IANS: "I am a five-year-old kid when it comes to horror movies. I have seen two-three films. I hate my friends for that. But I closed by eyes and shut my ears," he said.

So, why did he take up Kaun Hai? "I usually don't do episodic shows. It was the launch episode so, I took it. It was shot in Kashmir and I am very fascinated by hills and mountains. It was great fun," he said.