"When he appreciates me for anything, I feel he has to step a level down," said Shahid Kapoor 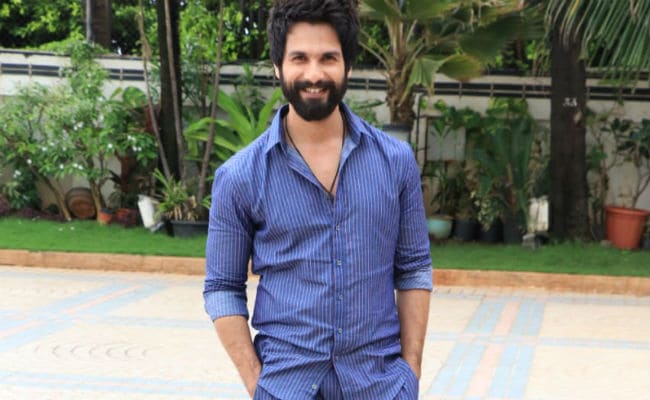 Shahid Kapoor at a promotional event in Mumbai.

Shahid Kapoor might have impressed the audience and the critics with his acting prowess but he believes that he can "never match up" to his actor-father Pankaj Kapur's level in terms of acting, reports news agency IANS. Shahid, who recently made an appearance on the sets of a reality show, where he was promoting his upcoming film Batti Gul Meter Chalu, said that his father Pankaj Kapur is "extremely brilliant" not only as an actor but also as a human being. "Dad is a man of few words and when he appreciates me for anything, I feel he has to step a level down as he is extremely brilliant and a great human being. I can never match up to his level," stated IANS. Shahid Kapoor is the son of actors Pankaj Kapur and Neelima Azim.

Shahid also talked about how his father is a source of inspiration and recalled the days when he was shooting for Mausam and his father gave him one of the most important lessons of his life. "My father inspires me a lot. When I was working with him for Mausam, I got one of the most important lessons of my life and that was to follow the director's point of view," IANS quoted Shahid as saying.