In the picture, Shah Rukh Khan can be seen standing in front of an aquarium in his signature pose. However, the Swades actor was photobombed by two scuba divers, one of whom copied his pose 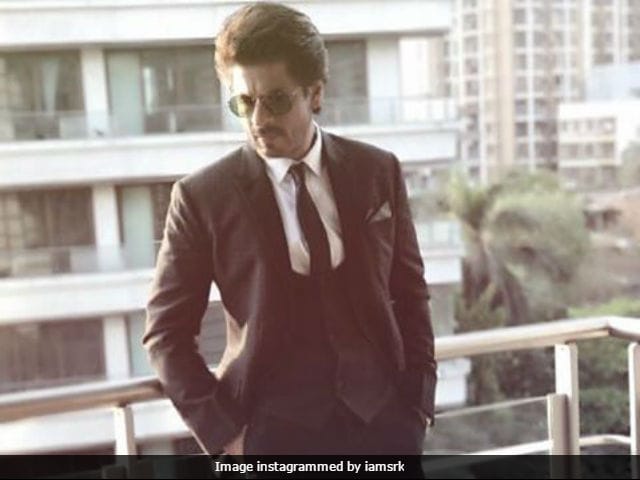 New Delhi: Actor Shah Rukh Khan recently shared an adorable picture of his visit to Dubai on social media. In the picture, the 51-year-old actor can be seen standing in front of an aquarium in his signature pose. However, the Swades actor was photobombed by two scuba divers, one of whom copied his pose. Shah Rukh Khan has captioned the image as: "It was just the fish & me...till these photo bombers floated in!!" Shah Rukh Khan, who was last seen in Rahul Dholakia's Raees, co-starring Mahira Khan and Nawazuddin Siddiqui, is currently busy shooting for Imtiaz Ali's yet-untitled film along with Anushka Sharma.

It was just the fish & me...till these photo bombers floated in!!

Last month, Shah Rukh Khan delivered an inspiring speech at the TED Talks in Vancouver. In his speech, the Jab Tak Hai Jaan actor said: "I sell dreams and I peddle love to millions of people back home in India, who assume that I am the best lover in the world," reports AFP. He added: "For years, I've been a huge fan of TED Talks. There are so many people in India who would like to come out with their ideas and thoughts, and speak them in Hindi."

Promoted
Listen to the latest songs, only on JioSaavn.com
Shah Rukh Khan is the first Indian actor to deliver a TED Talk. Shah Rukh Khan will soon be hosting the Hindi version of TED Talks', TED Talks India: Nayi Soch.

Shah Rukh Khan will also feature in Aanand L Rai's next project in which he will be seen portraying the role of a dwarf.