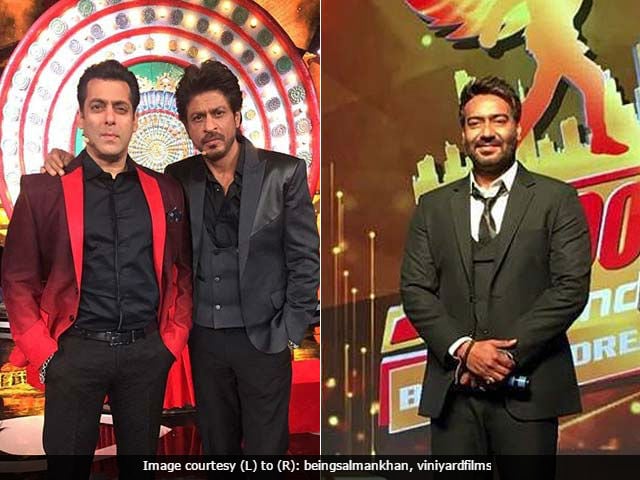 New Delhi: Salman Khan's most-awaited movie Tubelight, directed by Kabir Khan, is all set to release in theatres on Eid. Actors Shah Rukh Khan and Ajay Devgn, whose films - Jab Tak Hai Jaan and Son of Sardaar clashed at the box office in 2012, are now battling to attach the trailers of their upcoming films with Tubelight, reports mid-day. The afore mentioned films are - Shah Rukh Khan's yet-to-be titled film by Imtiaz Ali, co-starring Anushka Sharma and Ajay Devgn's Baadshaho, directed by Milan Luthria. CEO of Salman Khan's banner, Amar Butala confirmed to mid-day that both the actors had approached them to attach the trailers of their respective films with Tubelight.

"The makers of both films have approached us, and we have decided to attach the two trailers with our film," mid-day quoted Mr Butala as saying.

A source added that the trailers of Shah Rukh Khan's yet-to-be titled film and Ajay Devgn's Baadshaho will be attached to the movie if both the stars 'reach an agreement'. "Tubelight is a big holiday release. It is customary to attach multiple trailers with such films. We will be happy to accommodate both (trailers) if the stars agree to the arrangement," mid-day quoted a source as saying.

Promoted
Listen to the latest songs, only on JioSaavn.com
Salman Khan's Tubelight, which is set against the Sino-Indian War of 1962, also features Chinese actress Zhu Zhu and Sohail Khan. Shah Rukh Khan will make a cameo appearance in the film.