Shah Rukh Khan, No Entry: When Superstar Was Kept Out of His Own Home 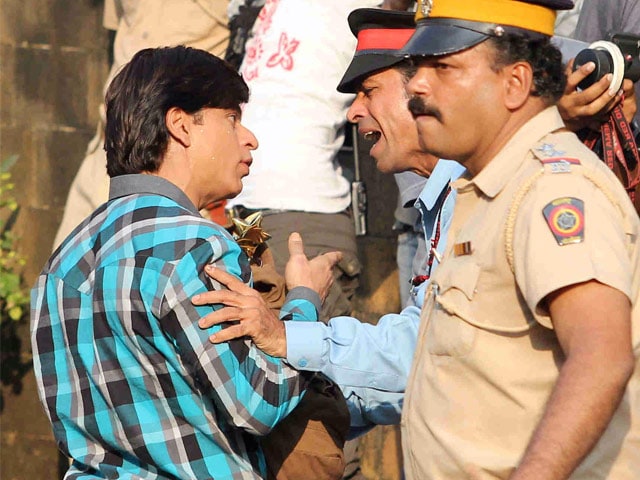 Shah Rukh Khan outside the gates of his house Mannat

New Delhi: Life isn't very superstar-size when you are Shah Rukh Khan and you are stopped from entering your own house by security guards.

However, this isn't as dreadful as it sounds. SRK was simply shooting a scene for his new film Fan, directed by Band Baaja Baaraat's Maneesh Sharma.

SRK, marking time as a stay-at-home dad of sorts, was filming outside his Bandra bungalow, Mannat. The real-life superstar plays the fan of a reel-life superstar in the film. The sequence shot is reportedly the opening scene of Fan in which SRK's character queues up at the gate of his idol's home hoping to wish him on his birthday. (In Pics: Shah Rukh Khan Works From Home for AbRam)

Shah Rukh, who was dressed in a simple checked-shirt and jeans, was seen arguing with security personnel, trying to catch a glimpse of his favourite actor. However, there was no making it past the guard.

Promoted
Listen to the latest songs, only on JioSaavn.com
Shah Rukh's youngest son AbRam, who is a little over a year old, was also present at the shooting and was in his nanny's care at all times. He looked absorbed in proceedings. (Also Read: AbRam Watches Father Shah Rukh Khan Become a Fan)

Fan is produced by Yash Raj Films and will release on August 14 next year. The female lead of the film is yet to be finalized.