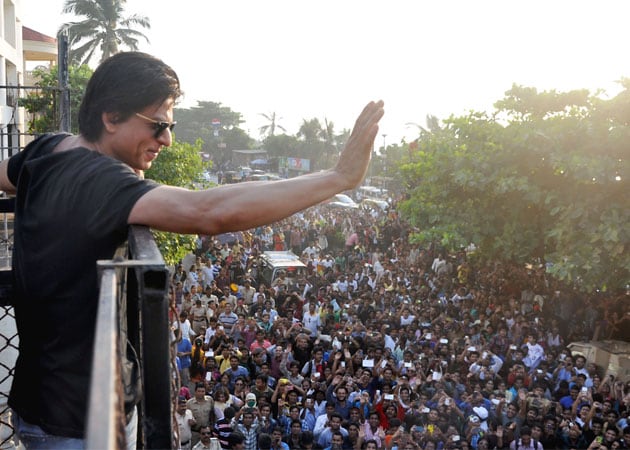 Shah Rukh Khan waved at his ardent fans on his birthday

Birthday boy Shah Rukh Khan has already received the best gift the box office has to offer in the form of his new film Happy New Year's blockbuster collections. SRK, who turned 49 on November 2, had a king-sized birthday party of sorts with thousands of fans showing up at his Mumbai home Mannat to wish him.

This truly is turning out to be a 'Happy New Year'....

So much happiness...so many people to share it with. Hope I am 'enough' to do so...all my life. pic.twitter.com/u7v4dWpui9

Have spent the whole day & last night waving to the sea of loving ppl who collected outside the house. Thanx for making my B'Day so special.

The throng of SRK fans returned the superstar's giant hug:

Girl gang posing! Join us outside Mannat to have fun! :) #HappyBirthdaySRK#SRKDaypic.twitter.com/eHxuXXC6b0