Shah Rukh Khan Has The New iPhone And You Don't. Such Is Life

Shah Rukh Khan and Sonam Kapoor already have their hands on the new iPhone, jealous much? 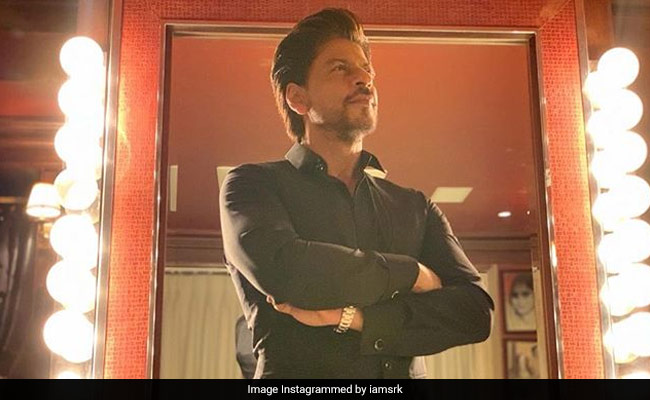 Shah Rukh Khan will be next seen in Zero (Courtesy Instagram)

As we wait for the launch of the brand new iPhone XS in India, looks like some celebrities like Shah Rukh Khan and Sonam Kapoor already have their hands on the new phone, jealous much? Well, that's the perks of being a celeb. Just like any other gadget geek, Shah Rukh and Sonam couldn't stop themselves from exploring the features the phone had to offer. Shah Rukh Khan shared a photo of himself using his new phone while Sonam shared a memoji on Instagram. SRK captioned the photo: "Glad to get my hands on the latest iPhone! Thank you Apple. Really enjoying the amazing portrait lighting." In less than an hour, the photo has over two lakh likes. Neha Dhupia and Farah Khan have also liked the photo.

Glad to get my hands on the latest iPhone! Thank you @apple ... really enjoying the amazing Portrait Lighting. #shotoniPhoneXSMax

Sonam Kapoor appeared to be in awe with what her new phone had to offer. Using the new memoji feature, Sonam shared a video on Instagram and captioned it: "I'm completely geeking out! My new iPhone XS is the bomb!" She also urged her followers to try this new feature. But the memoji shared by Sonam, doesn't quite look like her. Sonam in the comments section also revealed the reason behind her geeky look in the memoji. "I have a perm and freckles for my new movies," Sonam Kapoor commented on the post.

Take a look at the post shared by Sonam Kapoor.

I'm completely geeking out! My new #iphonexs is the bomb! #notanad

Two years, ago when Apple chief executive Tim Cook was on his trip to India, Shah Rukh Khan had hosted a dinner party at his residence, which was attended by Tim cook and many other Bollywood celebrities. Amitabh Bachchan, Madhuri Dixit, Aishwarya Rai Bachchan and Farah Khan had attended the dinner hosted for Tim Cook.