Shah Rukh Khan Has a Complaint. Vaibhavi Merchant, Are You Listening? 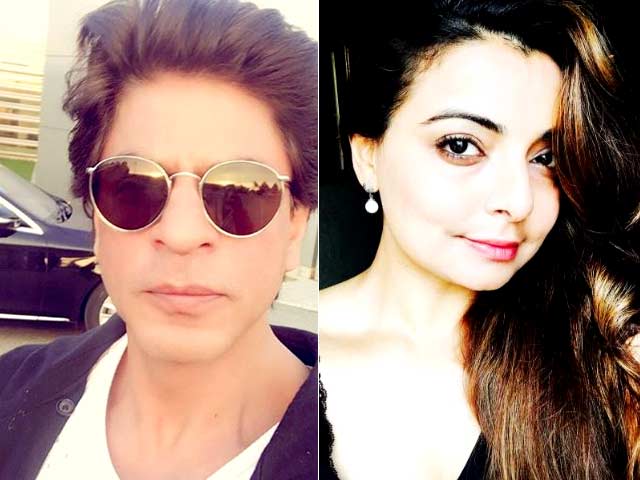 New Delhi: Actor Shah Rukh Khan announced that choreographer Vaibhavi Merchant will be joining the team of his new film with Imtiaz Ali.

The 50-year-old actor shared the news on social media on Tuesday but he made an observation which Vaibhavi might want to clarify.

@vmvmvmvmvm said she is working with the hottest director & producer of India. Didn't say the hottest actor!Hmmm! pic.twitter.com/rNTq8F7Npc

The film, which is tentatively called the The Ring, is produced by Shah Rukh and wife Gauri Khan's Red Chillies Entertainment and also stars Anushka Sharma.

SRK and Vaibhavi have collaborated in films like Jab Tak Hai Jaan and Rab Ne Bana Di Jodi earlier. Recently she choreographed the actor in Fan.

Shah Rukh, who is currently shooting in Prague Instagrammed a picture from the sets:

Imtiaz said I could post this picture from the sets...& promised there will be some close ups of me in the film too!

Fans have also been sharing pictures and videos from the shoot on social media.

SRK on the sets of #TheRing in Prague.

SRK on the set of #TheRing in Prague.

In the film, Anushka is reportedly playing a Gujarati girl who goes to a Europe tour and falls in love with SRK's character- a Punjabi tour guide.