Gauri Khan, Suhana and AbRam posed for the shutterbugs

Shah Rukh Khan and Gauri Khan were spotted with their children - Aryan, Suhana and AbRam - at a Taekwondo training academy to attend a competition in Mumbai. Shah Rukh and his son Aryan didn't pose for the cameras, while his wife Gauri and younger kids, Suhana and AbRam, happily posed for the shutterbugs before entering the academy. In the video, Shah Rukh gets out of his car as a bodyguard holds an umbrella for him and quickly enters the academy. Aryan, who can be seen in an all-black ensemble, follows his father. Later, Gauri Khan gets out of the car with Suhana and AbRam. She stops at the entrance and poses for the paparazzi stationed at the venue. Gauri, Suhana and AbRam can be seen in similar outfits - white T-shirts and jeans. 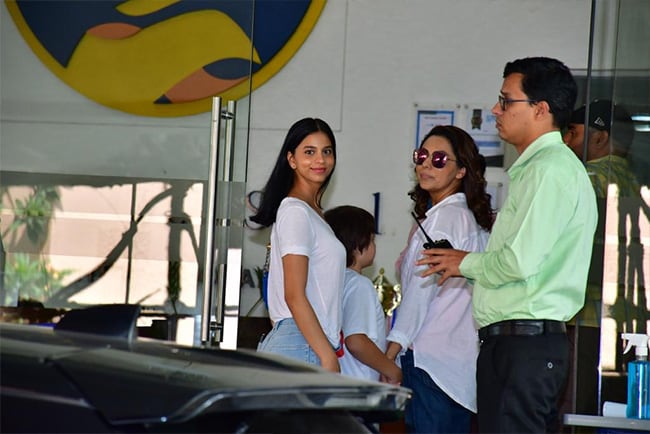 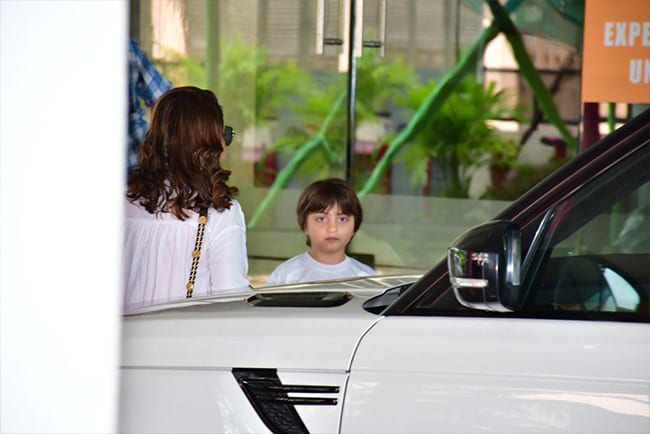 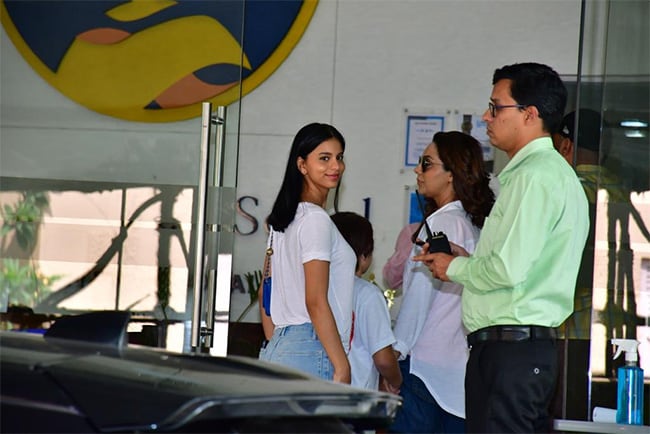 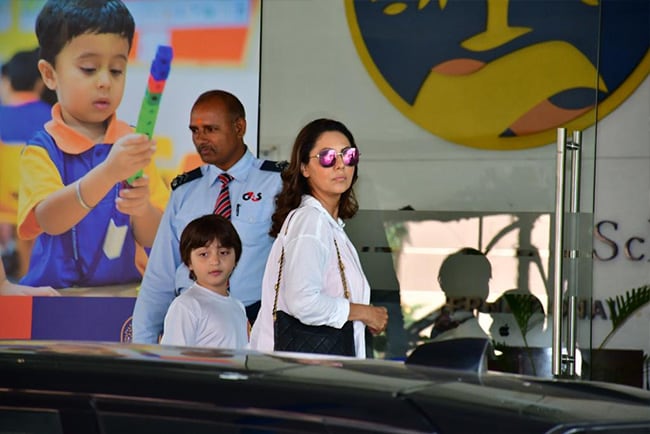 Shah Rukh Khan's manager, Pooja Dadlani, was also clicked with her daughter at a Taekwondo training academy. Her daughter was dressed in a Taekwondo uniform. Check out the pictures below: 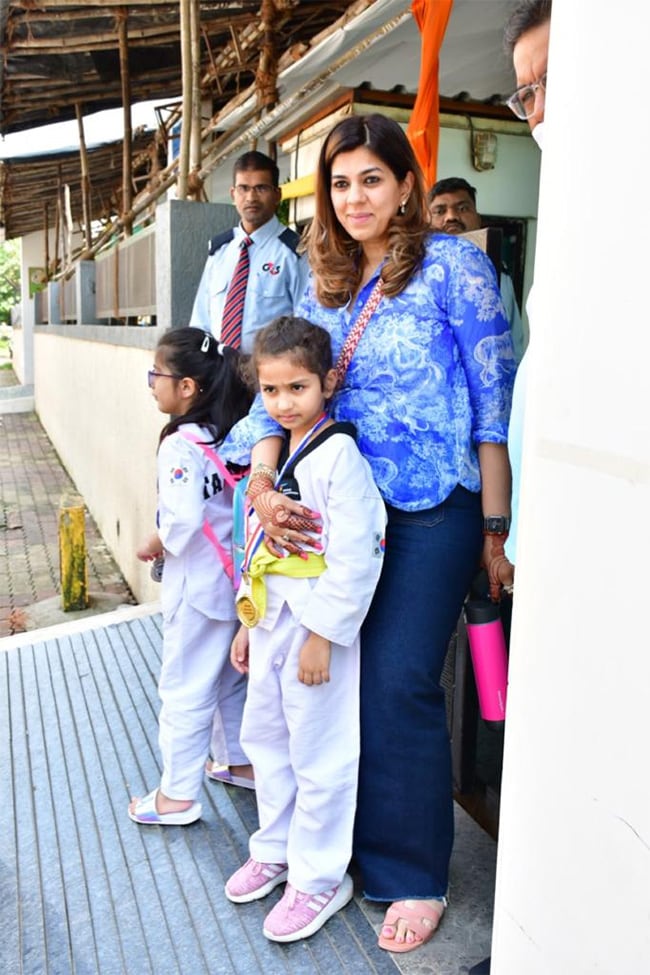 Meanwhile, on the work front, Shah Rukh Khan is busy shooting for his next film Jawan. Helmed by Atlee, the movie also stars Nayanthara, which will mark her Bollywood debut. It is slated to release next year.

Shah Rukh Khan also has Pathaan with Deepika Padukone and John Abraham which is scheduled to release next year.

On the other hand, Shah Rukh Khan's daughter Suhana Khan is all set to make her big Bollywood debut with Zoya Akhtar's The Archies. The movie also stars Agastya Nanda and Khushi Kapoor, among others. The film is slated to stream on Netflix next year.