Shah Rukh Khan said, "I think wanting to be an actor has to come from within." 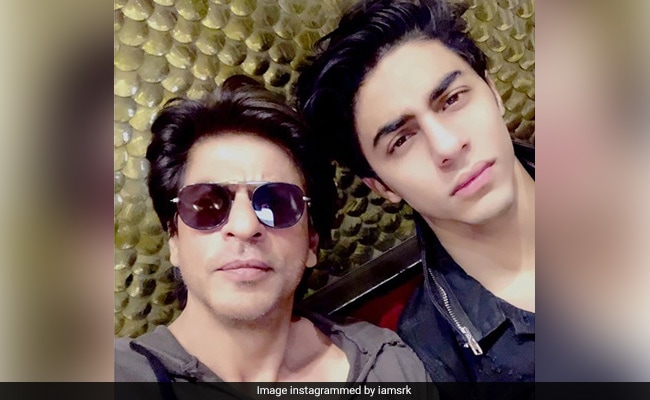 Actor Shah Rukh Khan, who appeared on David Letterman's talk show, shared details about his son Aryan's career ambitions and revealed how he deals with his children's 'boyfriend/girlfriend problems.' On My Next Guest Needs No Introduction With David Letterman, Shah Rukh Khan told the eponymous host that his son Aryan, who is currently studying films in the US, doesn't want to be an actor. Shah Rukh said that though his son is a 'good writer,' he doesn't have what it takes to be an actor. Shah Rukh Khan, 53, said, "He (Aryan) doesn't have what it takes to be an actor and he realises that too but he's a good writer... I think wanting to be an actor has to come from within. Something you really need to do and find a set of skill that helps you do it and learn it. But I think I realised it from him when he said that to me."

"He came to me and said, 'I don't think I want to act.' His issue was - which is think is practical and honest - he said, 'Every time I'll be compared to you... and I don't want to be in that position'," SRK added. Shah Rukh's daughter Suhana, 19, who is also studying films in the US, talked about her dream of becoming an actor in an interview with Vogue magazine last year. But Shah Rukh did not elaborate on Suhana's impending Bollywood journey.

"I sort out all their problems and I hate it when they have boyfriend/girlfriend problems. I just want to say, 'Just kick the person out.' But I say, 'You know, in life, it happens that you have to give and take in a relationship darling'," said Shah Rukh and then he moved specifically on tackling Suhana's problems - "I hate explaining it to her... I want to tell her, 'This guy is no good.' But... And I choose presents for him sometimes, which is the worst thing possible."