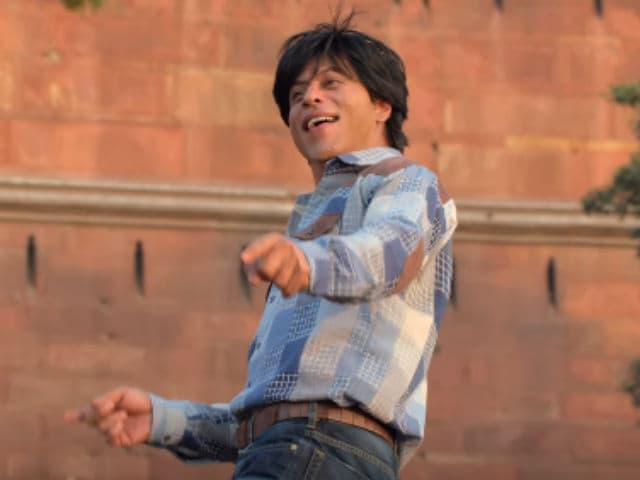 Shah Rukh, 50, believes that without Maneesh's guidance, he would not have been able to do justice to the character of Gaurav.

"I won't say it was easy because I was playing a movie star, the way I do in real life. So, it doesn't take you away from the real world. Maneesh and the whole team had a great understanding of how Gaurav was. 50 percent of what you see in Gaurav is a physical transformation-- prosthetics and VFX have been used. 100 per cent Gaurav is Maneesh's vision. I don't think I have done 100 percent of what Maneesh may have wanted because he was very clear about it," said Shah Rukh.

Shah Rukh said that he is fine with taking credit for a lot of characters, which he had played in his career, but for this particular role he had to go by the thought process which Maneesh had.

"I wouldn't have been able to play the role. I just knew the superficiality of Fan before Maneesh told me the depth and how well understood was Gaurav. If I achieve what Maneesh wants, then I will be very happy. I don't know what I was playing. I was just following Maneesh's instructions," added Shah Rukh.

Shah Rukh was all praises for Maneesh and his team.

"I was the oldest one on the set. All these kids were very patient with me. Wearing the prosthetics wasn't easy. I used to get irritated as the sweat used to stick on the face. But they did bear with me. We have worked very hard so that it does not look unreal. Also, as I am a known face, it is not easy to play a 50-year-old and then do a more than half-age character," said Shah Rukh.

Shah Rukh also shared that the character of Aryan Khanna will not have any flamboyance.

"It is a very personal journey of Aryan. We have not shown him as flamboyant. He is shown like how I will be at home with people around. Aryan has a lot of depth," said Shah Rukh.

"The technology, special effects and the make-up used in the movie is the first of its kind in the world. After Fan, everybody will look up to Hindi films in the terms of what we can go with visual effects and make-up," added Shah Rukh. (Also Read: Shah Rukh 'Always Wanted to Play' Dilli Ka Munda But Never Got a Chance)