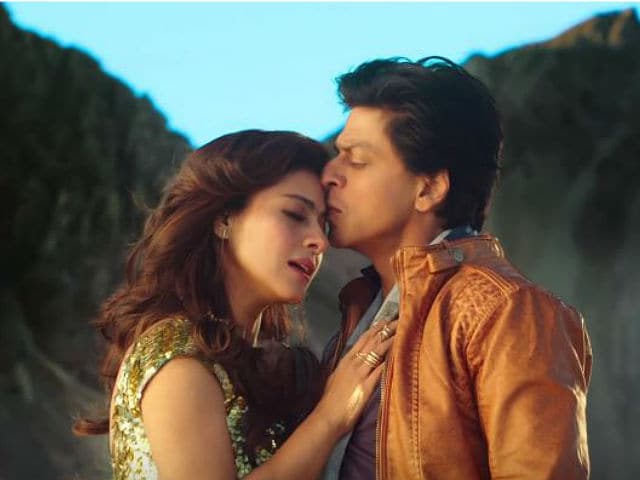 But that's probably why watching Gerua is going to make you feel a little bit soppy, a little bit nostalgic, a whole lot romantic.

Gerua is lighter fare than the trailer of Dilwale, released some days ago, which hinted at Shah Rukh's dark past and included a rather deadly moment between SRK and Kajol in which he tells her, "Meera, apni shakal mat dikhana. Nahi toh maar dunga." (Also Read: In Dilwale Trailer, Shah Rukh Khan Has a Dark Past)

SRK and a fabulously svelte Kajol reunite in Dilwale five years after My Name Is Khan and 20 years after they thrilled movie-goers everywhere in Dilwale Dulhania Le Jayenge. Gerua has been choreographed by Farah Khan and shot in Iceland. (Also Read: AbRam's Not Loving the Shah Rukh, Kajol Jodi. Here's Why)

The song is composed by Pritam and sung by Arijit Singh and Antara Mitra. The lyrics have been written by Amitabh Bhattacharya. In case you are wondering what 'Gerua' means, Shah Rukh explained in a tweet:

Gerua means Ochre or Orange to keep it simple...even a bit saffrony. So colour me in the colour of love. pic.twitter.com/9N0HTH4niz