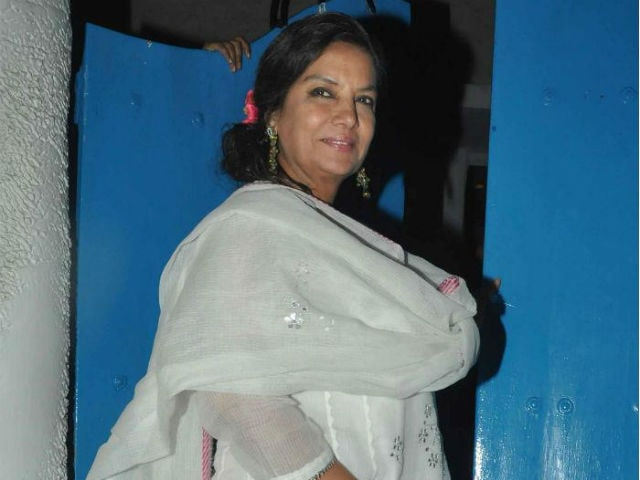 Mumbai: Actress Shabana Azmi, who has impressed critics with her performance in Neerja, said that while good stories work, a movie on a real life incident always manages to make people curious.

"It's just that people are in search of new stories and if there is a good story to be told from real life, that would make people more curious, which is why biographies and autobiographies are made. When films are based on real life incidents, there is an extra curiosity. Whether these films will continue with the trend, depends on whether they will do well commercially or not," she added.

Ram Madhvani's Neerja, featured Sonam Kapoor in the titular role, documents the story of Neerja Bhanot, who was killed in the 1986 hijacking of Pan Am Flight 73 in Karachi. Ms Bhanot, who was 23, died while shielding a group of children from gunfire and became the youngest ever recipient of the Ashok Chakra, India's highest peacetime gallantry award. (Also Read: Shabana Azmi Agreed to do Neerja Despite 'Low Budget')