Before we get to the Titans assembling - yes, this show is violent 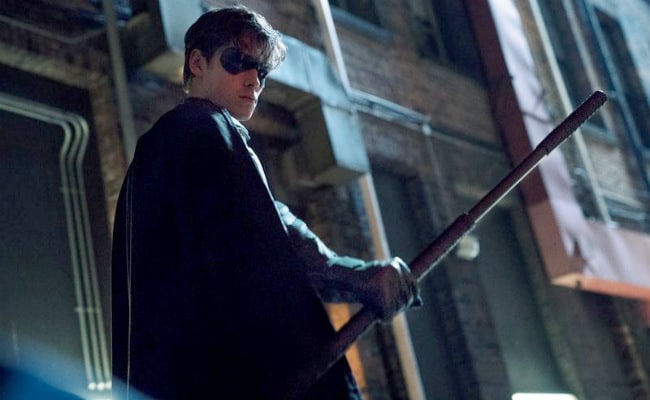 A cursing Boy Wonder, superhero sex and R-rated violence might be what compels many to give the new DC Universe streaming service's first original live-action series, Titans, a try.

All of the above is there for the viewing in Titans, which will finally debut on the DCU service next week (Oct. 12) and premiered Wednesday at New York Comic Con. But the sizzle of taking a live-action DC series to a more adult level takes a back seat to the one thing fans of these classic series really want to see: the Titans together.

Before we get to the Titans assembling - yes, this show is violent. Starting with Robin/Dick Grayson (Brenton Thwaites), who is a cop when the mask is off. When caped up at night, he's looking to re-establish the reputation of his mantle and get out of Batman's shadow. The mere mention of Batman gets to him (part of Dick going on his own was because he felt like he was becoming too much like Batman) and he lets the rage out when in combat against bad guys on the streets, delivering pain by fist and a cool staff inspired by Tim Drake (the third Robin in the comics), sometimes leaving permanent scarring.

The sex and murder almost seem there just as a reminder that yes, this show can go there, as it's usually only delivered in quick flashes. Some characters seem obviously there just to be killed later. A la Watchmen, we get a hero with some issues in the bedroom. (Don't worry, it's not Robin.)

Hawk and Dove (Alan Ritchson and Minka Kelly) are around to add splashes of a superhero feel, which supplements the fact that Dick isn't suiting up as Robin much at the beginning. Kelly seems a little out of place as part of a gritty, masked-vigilante duo of lovers, but a lightbulb will go off over your head in regard to her casting when you see the spark she has with Robin (they have a history together), which makes any visit from him a nuisance to Hawk.

Titans starts to feel on the verge of something special when fate begins bringing these DC icons together. The times they're apart in the first few episodes aren't nearly as interesting as when they meet, except for Starfire (Anna Diop), who lights up every scene she's in, literally, and could be the best thing about this show. (And yes, there's chemistry with Robin - yay, using the dynamic from the comics.) Starfire/Koriand'r is on the hunt for clues about Raven and herself (Courtesy Warner Bros.-DC Entertainment)

What first brings the Titans together? Raven (Teagan Croft). She has many people after her for a lot of different reasons. There are those who seem to know who her father is (a powerful demon if you're not up on Teen Titans lore) and want to exploit her. She's got a big-brother/little-sister vibe with Dick/Robin, aside from Dick not being in the mood for it, which Raven can pick up on because she can feel people's thoughts when she touches them (yes, this leads to drama). Starfire (call her Kori) is on the hunt for Raven as well, but we don't know why and, more intriguingly, Starfire can't remember why either.

At one point, at an arcade, Raven bonds with Beast Boy (Ryan Potter), who's not a major player in the beginning, but he's around enough to give us some cool animal transformations (yes, he's all green when he transforms).

Those coming-together moments grow into something more at a very slow pace. Why? Well, this DC streaming service won't be like Netflix. There's no bingeing every episode at once here, at least not at first. Episodes will debut weekly. If you want to see how the Titans come together to take flight, you'll have to stick around and pay for that DCU app for a while. 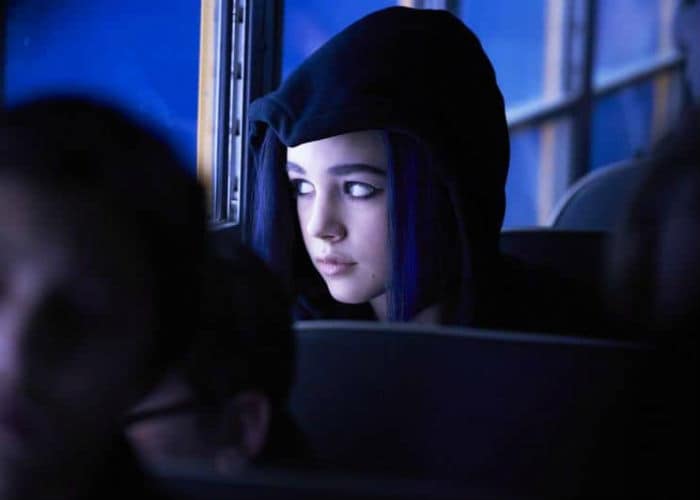 Raven is the key to bringing the Titans together (Courtesy Warner Bros.-DC Entertainment)

From online clips, we know there's another Robin looming on Titans: Jason Todd (the second Robin in the comics) will make an appearance. Will that force Dick to look at his vigilante identity and begin his transformation into Nightwing? Will Jason die like he does in the comics, by the hands of the Joker? Would this series bring a dead Jason back to life as the Red Hood, the identity the character is most known for now in the comics? If ever there was an area in the live-action DC-inspired universe for the Red Hood to wreak havoc, it's this Titans show.

Titans isn't up to par with a Netflix/Marvel superhero streaming experience. But there are enough things they could do to take it to that level if this series plays its cards right.

These characters represent one of DC's most popular properties. DC has hooked a huge young following with "Teen Titans Go!," but we'll have to stick with this streaming service for a bit to see how this live-action version forces the franchise to grow up hard and fast.

(Except for the headline, this story has not been edited by NDTV staff and is published from a syndicated feed.)
Comments
titansnetflix