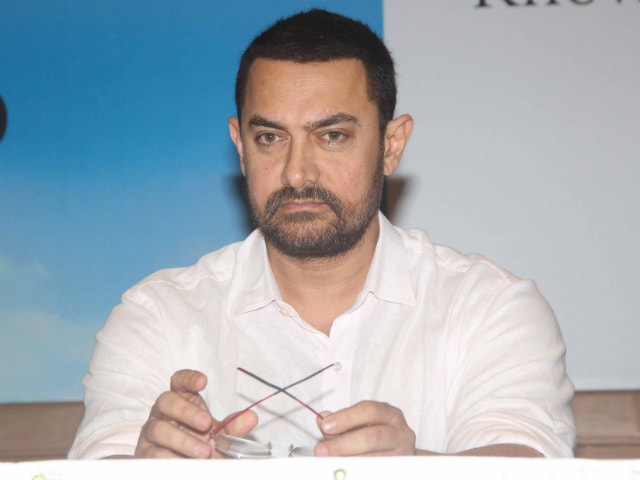 Mumbai: Actor Aamir Khan said that the next season of his popular television show Satyamev Jayate, which focuses on social issues, will have an episode on the water crisis in Maharashtra and other areas.

"The topic of water problems will be tackled in this season of Satyamev Jayate, especially the problems related to Maharashtra," Aamir said at a press conference held to announce the Satyamev Jayate Water Cup.

"The response to Satyamev Jayate was so strong that we felt we will take one more step ahead and focus on one topic. We decided to work on water and Maharashtra. Water is important and Maharashtra is my birth place. I feel if we respect water, water will respect us so we all need to come together for this," Aamir said at the event.

A competition will be organised where villages will be involved in water conservation activities, with prize money of Rs 50 lakh. The contest will be held between April 15 and May 31.

Aamir and Kiran Rao's NGO Paani Foundation will also work in association with the Maharashtra government towards solving the water crisis in the state.

Previously, Satyamev Jayate had featured an episode on rainwater harvesting, which spoke about the various methods of conserving water, steps which could be tried even in housing societies.

"He often said it is our job to not just showcase the flaws in the society, but also to offer a solution to it through the show," he said.

About the initiative on water conservation, Hirani said: "If Aamir has taken it up, he wouldn't give up, he will anyhow do it."

However, Aamir said he will not be the only face of this project.

"I will not be the only face; we will have Sachin Tendulkar and many Marathi celebrities. All of us are the face of this project," he said.

The first edition of Satyamev Jayate Water Cup will focus on three districts, and one taluka each within those districts. (Also Read: Aamir Khan is 'Involved,' Not 'Interfering.' There's a Difference)

Supervised by CEO Sayani Bhatkar and COO Reema Dutta, Paani Foundation is a non-profit company, whose main objective is to communicate, impart knowledge and bring about a change in the outlook of people at the grass root level about water conservation and watershed management.