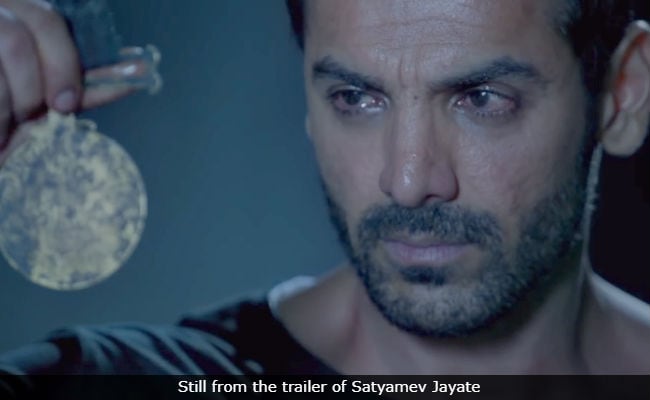 John Abraham returns to the masala action genre in upcoming film Satyamev Jayate, the trailer of which released today. John features as a vigilante taking out the rotten apples in the police department. His hatred for corruption stems from a personal tragedy but his transgression won't be accepted by an honest police officer (played by Manoj Bajpayee), who believes that the responsibility of punishing wrongdoers should be with those who are entrusted with the power to protect the law. John Abraham's character is not dictated by the conventional societal or judicial norms and he has taken upon himself to brutally punish all corrupt officers. In the middle of this intense plot, the makers have also introduced Dilbar redux featuring Nora Fatehi.

Watch the trailer of Satyamev Jayate:

The Milap Milan Zaveri-directed film has booked August 15 for release, the same as Akshay Kumar's Gold. John Abraham earlier told news agency IANS that the fate of the clash is not in his or Akshay's hands. "Akshay is an actor in Gold and I am an actor in Satyamev Jayate. It's a producer's decision from both sides. It is about Excel Entertainment and T-Series, so I have no say in that at all," he said.

Promoted
Listen to the latest songs, only on JioSaavn.com
John Abraham was recently seen in Parmanu - The Story Of Pokhran, which was a fictionalized retelling of the nuclear tests conducted by India in Pokhran in 1998.