Sarabhai vs Sarabhai Cast Reunite. Will There Be a Season 2? 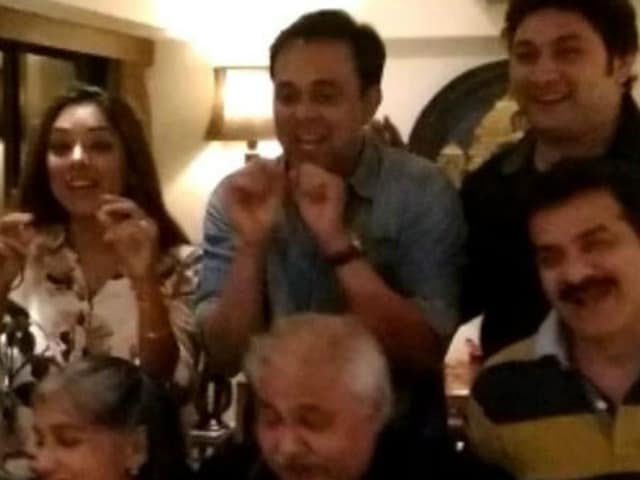 A still from the video shared by JDMajethia.

Mumbai: Popular Indian sitcom Sarabhai vs Sarabhai might be back with a second season.

The show's producer J D Majethia tweeted videos and pictures featuring the entire cast of Sarabhai vs Sarabhai on Thursday. Actors Satish Shah, Sumeet Raghavan, Rajesh Kumar, Rupali Ganguly, Anirudh Mehta, Ratna Pathak and her husband Naseeruddin Shah featured in the pictures and videos. Mr Majethia wrote in the captions: "Sarabhai vs Saraabhai is equal to craziness." He also mentioned that there is "good news" in store:

Sarabhi VS sarabhi is equal to craziness.... there r no limits & fun never ends !!!! pic.twitter.com/9QiB14GDAr

An evening we will cherish for a long long time . Thank you Satishji N Madhu Bhabhi pic.twitter.com/ThatOmHnLA

The show which featured a quintessential upper-class family residing in Mumbai, took the comedy scene on television by storm in 2005. Sarabhai vs Sarabhai successfully garnered a huge fan following.

The show had a successful run with 69 episodes.