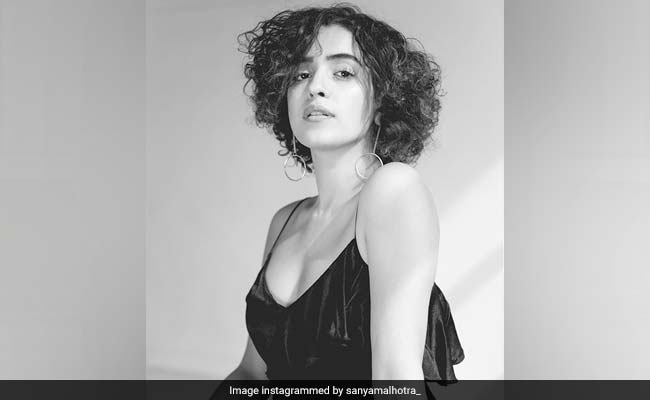 Sanya Malhotra, who is known for her dance moves as much as her roles in films like Dangal and Badhaai Ho, revealed in a post for Humans Of Bombay that she was "rejected" by Dance India Dance showrunners because "backstory wasn't strong enough." In the post, Sanya said that she always envisioned a career in films and she wanted to get into films through dance. "I was so passionate about it (dance) - but my real dream was to be an actor. I never revealed this to anyone back home in Delhi. I thought I would be laughed at or ridiculed. After all, it's a big dream. But I thought maybe, just maybe I could get to acting through dancing. So, I applied for the Dance India Dance reality show and got to the top 100. But before I could move beyond that stage, I got rejected because my backstory wasn't strong enough," Sanya's post on Humans Of Bombay read.

"That's when I started doubting myself - I thought maybe I wasn't meant to perform at all," she added. Sanya Malhotra choreographed Aamir Khan in Secret Superstar song Sexy Baliye.

Sanya Malhotra, who also featured in Vishal Bhardwaj's Patakhaa, said that she decided to stay in Mumbai and try her luck in films. "I started looking for auditions. But it was hard... It was demotivating and I often felt like packing up and leaving... Slowly, I learnt the ropes of the business, got in touch with casting directors and acted in advertisements... I kept going, and ended up doing almost 10 ads in a year," the post read.

"I built my self-esteem back up and I promised to never doubt myself again. And just a few months later, somehow, I got my first movie audition - Dangal," she added.

Sanya Malhotra is awaiting the release of Photograph on March 15. In the RiteshBatra-directed film, Sanya co-stars with Nawazuddin Siddiqui.