Sanya Malhotra has shared a series of photos and videos from her beach getaway. 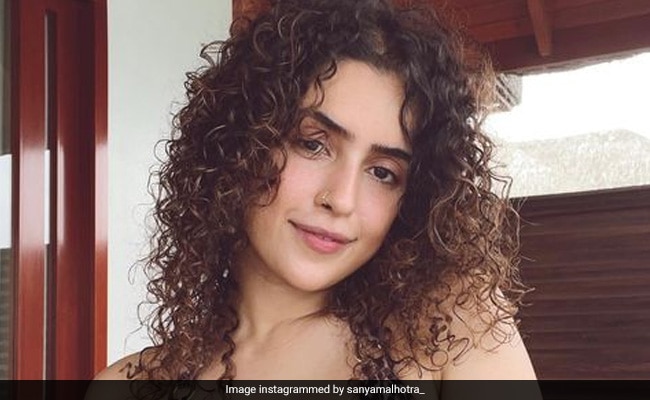 Summer without a beach getaway sounds bland, right? We know it. And, so does Sanya Malhotra. The beaches have called the actress and she definitely cannot decline it. So, right at the start of the weekend, she indulged in some great beach and sea moments. How do we know? Sanya has shared glimpses from her getaway on her Instagram timeline. She is simply spoiling us with her postcards from her beach times. What has really caught our attention is her terrific scuba diving session. Sanya has posted a video where she is seen swimming with a shoal of fish while we see a turtle in the foreground.  The video looks absolutely dreamy.

Apart from the holidays, Sanya Malhotra is quite busy on the work front. Recently, she announced the delayed release of her upcoming film HIT - The First Case. She posted a photo with co-actor Rajkummar Rao and director Sailesh Kolanu on Instagram. The caption read, “Bringing you the mystery thriller HIT - The First Case with a new release date July 15, 2022.” The film is the official Hindi remake of a Telugu mystery action thriller by the same name. Take a look at her post:

Sanya Malhotra is also part of Kathal, a Netflix original. In this film, she will be seen alongside Anant Joshi. Sanya plays the role of a police officer named Mahima who must solve the case of some missing jackfruits for a local politician. The actress posted a photo from the set of this dramedy and announced the shoot wrap. She wrote, “It's a wrap on the crazy chronicles of Kathal. It's been a roller coaster of emotions to play Mahima and live in this whacky world. Can't wait for you all to be a part of it too.” She received much applause for her look in the film from Bollywood peers. Fatima Sana Shaikh, who acted alongside Sanya in Dangal, commented, “Cutie.” Actress Radhika Madan wrote, “Salaam memsaab” as a salutation to a female police officer. Here's the post: