Sanjay Dutt Defends Sanju: "No One Would Spend Rs 30 Crore To Change My Image"

Sanju, based on actor Sanjay Dutt's life, is directed by Rajkumar Hirani, with whom he's made the Munna Bhai series 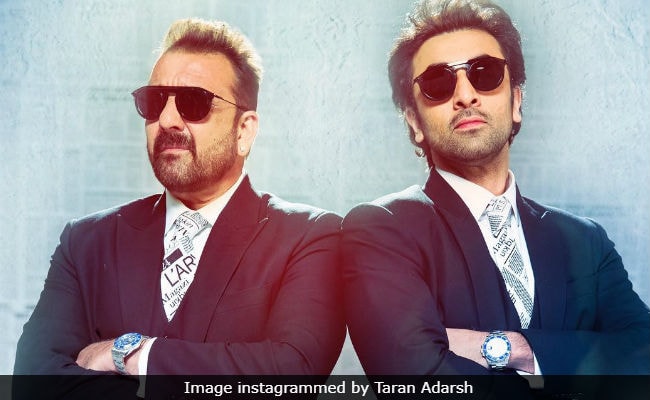 Sanjay Dutt with Ranbir Kapoor in a still from Sanju. (Image courtesy: Instagram)

Rajkumar Hirani's latest film Sanju came under the scanner when a section of the Internet slammed the film based on Sanjay Dutt's life as an attempt to "whitewash the actor's image." Two weeks later and after the film has made over Rs 200 crore, the debate hasn't died. Recently, RSS mouthpiece Panchjanya published a piece questioning the intent of Sanju. But now, Sanjay Dutt has come forward to defend the film. Speaking to India Today, Sanjay Dutt said: "I don't think anybody would spend Rs 30-40 crore to change my image. That is too much of money. Whatever they say is their point of view. I have told the truth. The truth has been accepted by India. I am happy that people have accepted my life and learnt from it."

Sanju chronicles Sanjay Dutt's life from his early days in Bollywood to present day covering his phase of drug addiction and the days he spent in jail for his connection with the 1993 Bombay Blasts. Speaking about reliving his live through the film, Sanjay Dutt told India Today: "It was difficult to relive that. I was trying to hold back my emotions in the theatre. It is difficult to relive your life. After the film ended, I just broke down. I just couldn't believe it."

On the work front, Sanjay Dutt is awaiting the release of Saheb, Biwi Aur Gangster 3 while he' filming Kalank and Prasthanam.

Promoted
Listen to the latest songs, only on JioSaavn.com
Comments
sanjay duttsanju defencesanjay dutt on sanju