"Things have changed drastically for the respect and the belief in those particular characters," said Samuel L Jackson 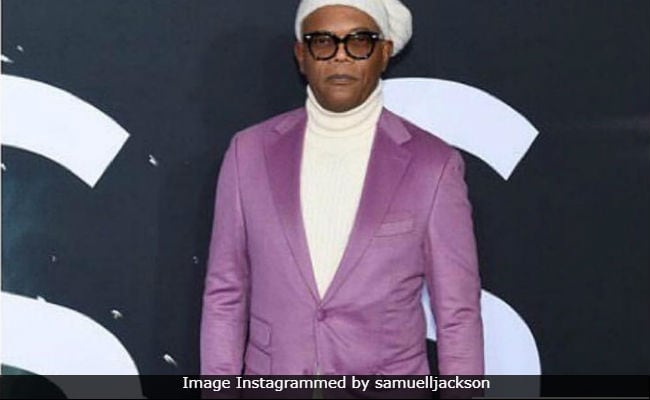 Superhero entertainers or the likes of intergalactic narratives have been integral to actor Samuel L Jackson's filmography. He says the progress has been positive, but the possibilities have only been scratched at the surface yet.

"Everything has got better, it's different," Jackson, who is here for the Asia promotional leg for the forthcoming film Captain Marvel, said in response to a query by IANS during a select media interaction here.

"I could go all the way back to Star Wars (1999 film Star Wars: Episode I - The Phantom Menace) when George (Lucas) was using salt for water and multi-coloured cotton swabs as crowds and you put your hand on that and moved it," he added, then broke into a laugh.

On a serious note, the 70-year-old actor said: "Yes, things have changed drastically for the respect and the belief in those particular characters and what it means to be a part of the Marvel Cinematic Universe (MCU). This wonderful thing that Stan Lee created... That has only been kind of scratched on the surface.

"There's so much more to be done, a lot of stuff is going to happen over the next few years and in the MCU which I may or may not be a part of, but I am glad I was a part of."

He said he was glad that women like Brie Larson, who plays the title role as Captain Marvel, and Gemma Chan who essays Minn-Erva - both of whom were present here - were carrying the superhero stories forward.

"It's going to be awesome," he said, seemingly certain of the future of superhero films.

Year 2019 itself will see around 10 live-action superhero films, including Captain Marvel, which will hit the screens in India on March 8.

At a press conference here, Samuel also spoke about Marvel Comics legend Lee being "one of the greatest influences" on his life.

Lee, co-creator of iconic superheroes like Spider-Man and The Hulk, died in November last year. He was 95, and has left behind a rich legacy of comic book heroes which Hollywood continues to spin over and over again.

"We generally ran into at work, at premieres, occasionally he might show up on sets. I've been reading comic books all the time and so Stan has been one of the greatest influences on my life in terms of 'who they are', 'how I feel about them', 'what I think that they can do', 'what they are capable of and what it means to be on the inside'.

"He'll be missed," said Jackson, who plays the inimitable Nick Fury in MCU.

In Captain Marvel, he will appear in a de-aged avatar as the film is set in the 1990s.

Talking about going back in time for the film, he said, "There's a little less knowledge, few dots on my face... Not having to put a scar or the patch on the face... So it was kind of interesting being that guy, along with having two eyes, I have a lot... There's a lot that's on instinct than the older Nick Fury."