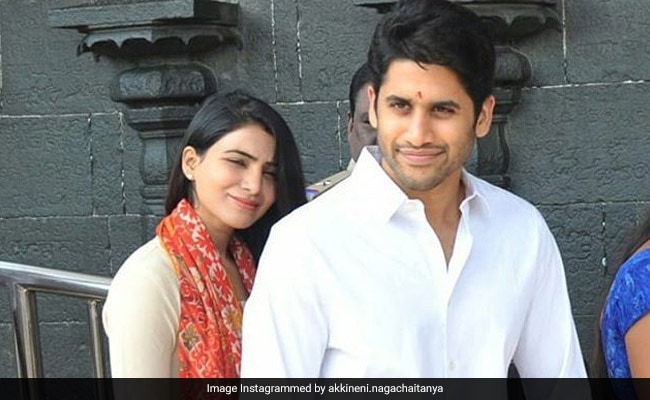 Here are photos of Samantha Ruth Prabhu and Naga Chaitanya at the Venkateswara Temple:

Majili is written and directed by Shiva Nirvana and the film also stars actress Divyansha Kaushik. Majili is the story of Poorna (Naga Chaitanya) who ignores his wife Sravani (Samantha Ruth Pabhu), who dotes on him. Poorna's troubled past and failures form a barrier between him and Sravani. The film opens in cinemas on April 5.

Watch the trailer of Majili here:

Samantha Ruth Prabhu featured in a string of hit films - Raju Gari Gadhi 2, Mersal, Rangasthalam and Mahanati - after her wedding. Naga Chaitanya, who was last seen in Savyasachi with R Madhavan, hasn't been so lucky.