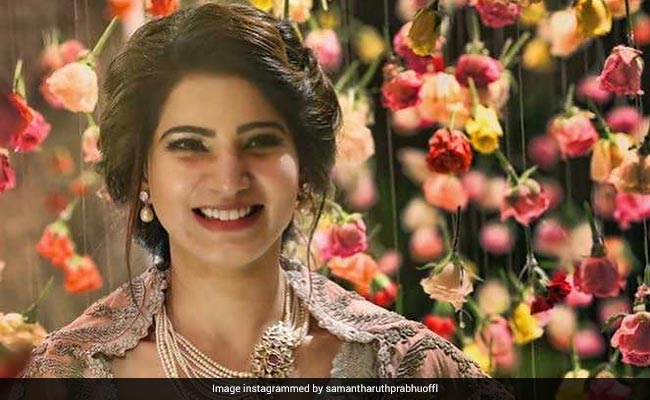 New Delhi: Samantha Akkineni will star in the Tamil and Telugu remakes of one of Kannada's super hit films U-Turn. On Wednesday, Samantha took the top spot on the trends list, when she shared the news on Twitter and revealed that the film will go on floors in February. Samantha wrote: "2018. Everything I want!! Shoot begins in Feb for @pawanfilms #Uturn #Tamil and #Telugu, produced by Srinivasaa silver screen. Thank you always for your support." The Tamil and Telugu remakes are being directed by Pawan Kumar, who directed the original film as well. Samantha's fans are elated with the news and have posted good luck messages for her on social media.

This is what Samantha Akkineni shared about U-Turn's remake.

2018 Everything I want !! Shoot begins in Feb for @pawanfilms#Uturn#Tamil and #Telugu , produced by Srinivasaa silver screen . Thankyou always for your support

2018 will be a busy year for Samantha and full of excitement for her fans. U-Turn will be Samantha's first project after she got married to Naga Chaitanya in October, last year. Samantha is currently awaiting the release of Irumbuthirai. Samantha is also working on Thiagaraja Kumaraja's Super Deluxe. She also has Savithri's biopic Mahanati in the pipeline.

Promoted
Listen to the latest songs, only on JioSaavn.com
Samantha got married to Naga Chaitanya in Goa, last year. Soon after, the couple took off to London for their honeymoon and after their return, rounded off the wedding festivities with a grand reception in Hyderabad.

'Chayandsam' as the couple are popularly known as, had been co-stars of 2010 film Ye Maaya Chesave, their first film together, on the sets of which they fell in love.
Comments
samantha akkinenisamantha in u-turn remaketamil telugu movies