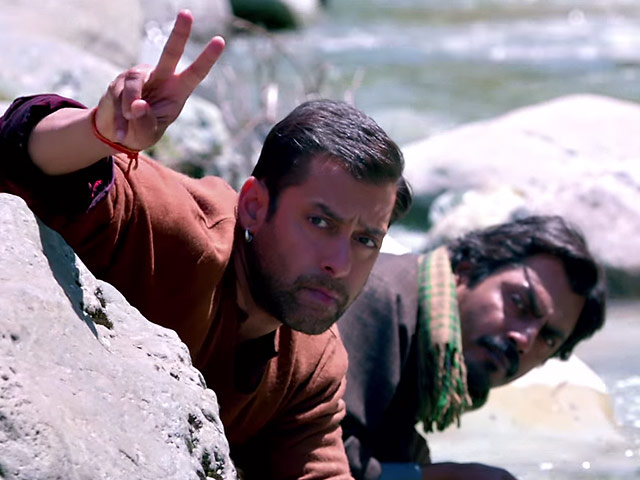 Salman Khan and Nawazuddin Siddiqui in a still from Bajrangi Bhaijaan.

Here's some real action with @beingsalmankhan and Nawazuddin Siddiqui! #4DaysForBB

Salman plays the eponymous Bajrangi in the film, on a mission to see a little girl safely home to Pakistan. Nawazuddin, who last co-starred with Salman in Kick, plays a Pakistani journalist helping him.

Sonakshi needn't retire hurt just yet, though, since this presumably temporary replacement is in aid of promotions for the film. Sonakshi, who has made three or so dubsmash videos with Salman previously, also featured in a Bajrangi Bhaijaan-themed video solo.

She isn't the only one speaking Salman-style. Mithun Chakraborty and most of the cast of Comedy Nights - Dadi, Palak, Sunil Grover and host Kapil Sharma - have variously been roped in to dubsmash lines or snatches of song from Bajrangi Bhaijaan.

Grandmaster of Dance India Dance Mithun Chakraborty gets out the Pavan in himself! #BajrangiBhaijaanOnDID #BBFeverIn6Days

Dadi from Comedy Nights With Kapil! Make your Dubsmash too!

Check out the Dubsmash video of the King of Comedy, the man himself Kapil Sharma!